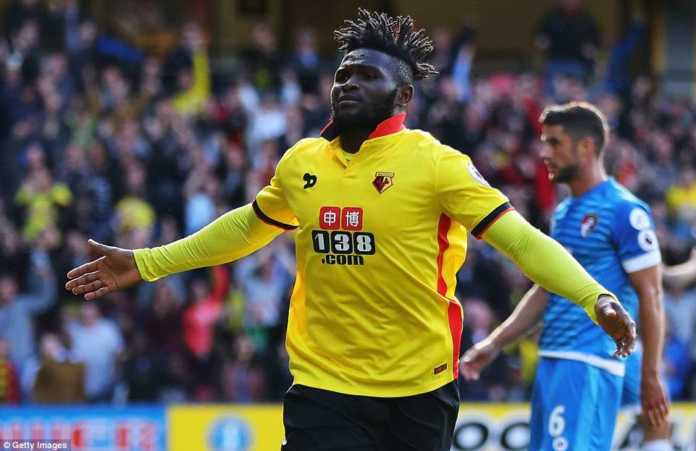 Isaac Success’ goal has appeared among the nominees for Watford's Goal of the Month award for October 2018.

Success put the icing on the cake by converting a beautifully executed free-kick routine for Watford's third goal in the 80th minute against Huddersfield Town in a Premier League clash on Saturday.

The other goals nominated are those of étienne Capoue, Roberto Pereyra and Gerard Deulofeu.

The Super Eagles striker is enjoying a new lease of life in England this season which led to his recall for the AFCON qualifiers against Libya and the recent invitation for November's games against South Africa and Uganda.

Success was recognized for his brilliant display against Huddersfield after making the Premier League Team of the Week published by Whoscored.