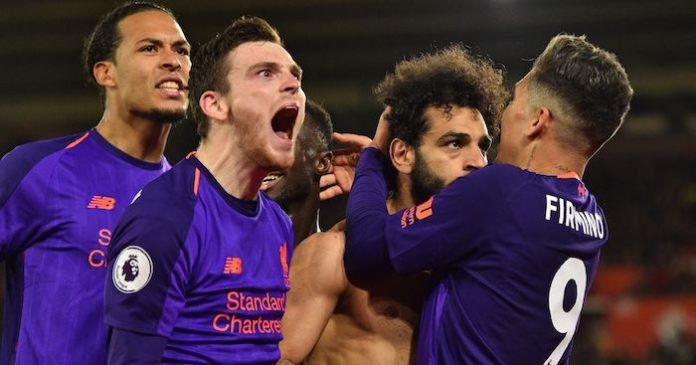 Jurgen Klopp's side are now in the business end of their assault for the EPL title but face a severe fight with Manchester City, as they seek to become the first side to retain their league crown in a decade.

SEE ALSO: EPL Table: The One Reason Tottenham Will STILL Finish Above Arsenal

There are just a few games to go before this season winds down and plenty to play for, with City perceived by many to have an advantage due to the fact they have a game in hand over their title rivals.

“What Liverpool have to do in this title race is they have to force Man City to win at Old Trafford. That is a big ask for any team in world football, it's not easy,” Carragher told Sky Sports.

“Yes, Man City are a quality side and they have won there in the last few years but in this title race, Liverpool have to force them to do that.”

Ex-United defender Neville has a slightly different view of things though, as he expects both sides to slip in stages during the final weeks of the season and has told Klopp what results they need to end their 29-year wait for league glory.

“I think City and Liverpool will both drop points. If Liverpool won five games and drew one game, I think that will be enough to win the title.