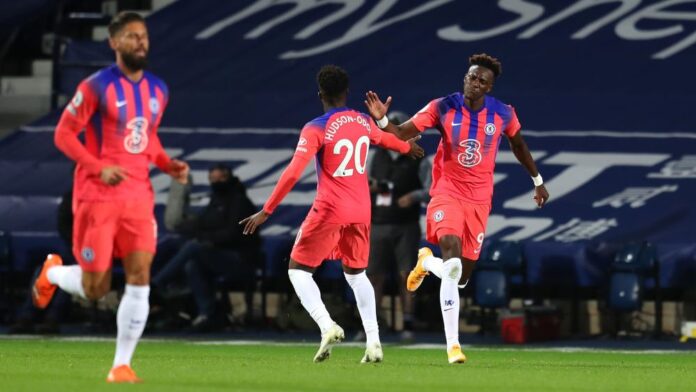 Chelsea come from 3-0 down to salvage a point at West Brom despite shocking Thiago Silva mistake and first-half horror show.

The match began with West Brom going ahead after just four minutes when Marcos Alonso lost the ball to Matheus Pereira.

He found Callum Robinson who drilled it across goal, past Willy Caballero and into the bottom corner.

However, Albion went 2-0 up when Silva let the ball slide under his foot and Robinson stole in to run clear and finish past Caballero.

It was 3-0 after 27 minutes when Darnell Furlong headed Pereira’s corner to Kyle Bartley, who converted from close range.

By half-time, the shell-shocked Blues were yet to produce a response.

Frank Lampard made two changes at the break and the reorganised visitors pulled a goal back ten minutes into the second half.

The Blues continued to press forward, but West Brom’s defensive block held firm until Hudson-Odoi made it 3-2 with 20 minutes remaining.

Abraham popped up to save the day, breaking Baggies’ hearts in the third minute of added-time tapping in from close range to level the scores and earn a point for his side.