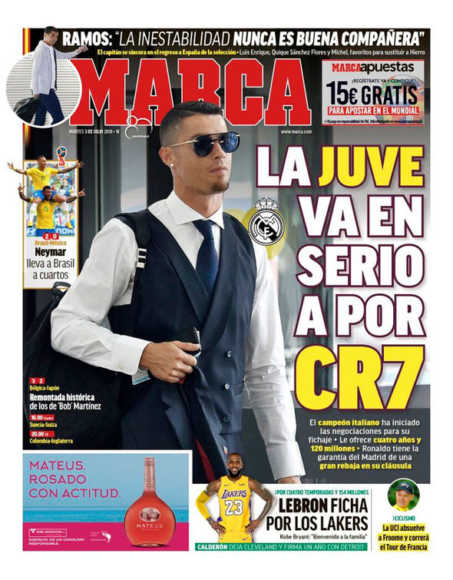 Juventus are apparently interested in signing Real Madrid star Cristiano Ronaldo, but the question is how much would the five-time Ballon d’Or winner earn if he made the move?

Speculation has been rife over the past few days that Juventus will look to sign the attacker.

The payment to Real Madrid could be the first sticking point with Ronaldo's release clause being a gargantuan £886million.

Real are allegedly keen to get a deal done and are prepared to lower that with Ronaldo currently contracted at the Bernabeu until 2021.

A move to Juventus would see Ronaldo increase his pay as he looks to become the highest-paid player oi the world.

The 33-year-old is currently on a contract that sees Real Madrid pay him around £365,000 per week.

Ronaldo is seemingly keen to sign a new deal at Real Madrid as he looks to pay his way out of a tax investigation.

Ronaldo's Real Madrid future has seemed to be in doubt ever since he made remarks following the Champions League final victory over Liverpool.

Ronaldo had said: “It was very nice to be at Real Madrid.”