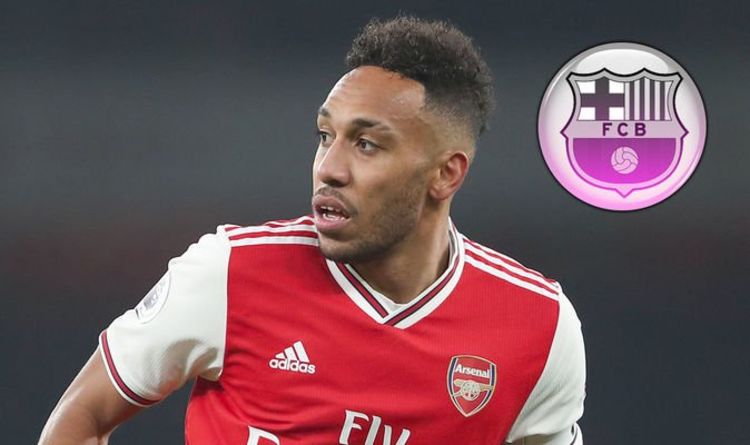 Pierre-Emerick Aubameyang could end up continuing at Arsenal after Barcelona turned their attention to Neymar and Lautaro Martinez.

Barcelona are keen to add to their attacking options but it appears Paris Saint-Germain star Neymar is preferred over Aubameyang.

A deal for Neymar could cost £136million with the Spanish giants hopeful they can bring the Brazilian back.

If that deal does not work out, then Inter's Martinez is now believed to be second choice.

The Gabon international has scored 20 goals in 32 appearances this season and his wage demands are causing contract talks to stall.

Arsenal are said to be reluctant to give him the 30 per cent pay rise he is after which could see him leave the Emirates.

Aubameyang is under contract until 2021 sees him bag around £200k-a-week depending on bonuses but the Gunners could look to sell if their valuation is met.

The prospect of Champions League football is enticing for Aubamenyang.