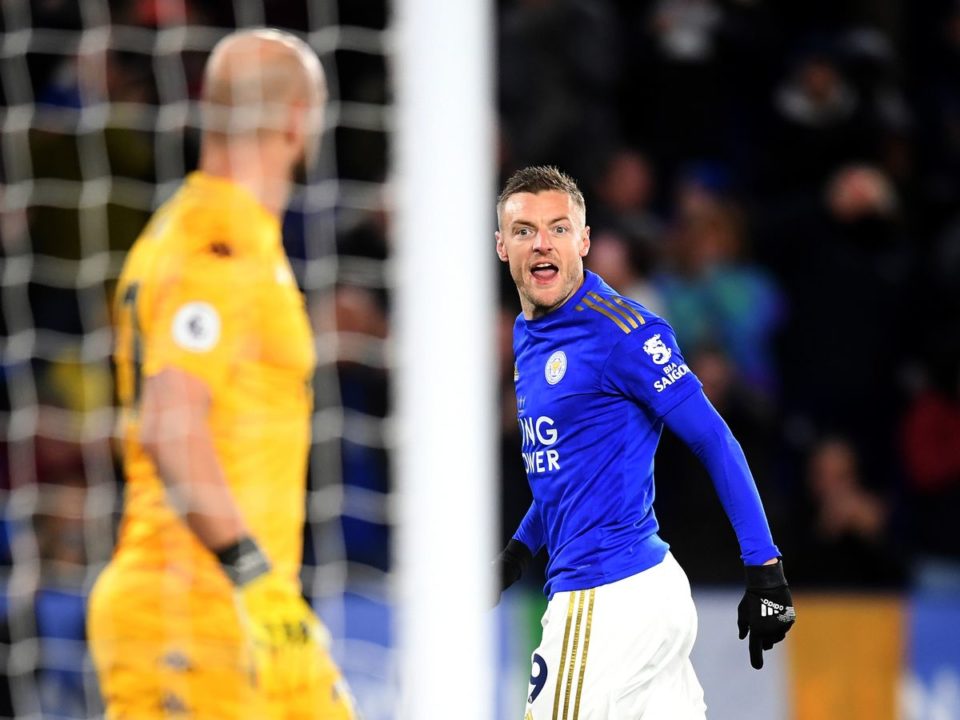 Jamie Vardy scored from the penalty spot just four minutes after being introduced as a substitute on Monday night.

The keeper sprinted out of his goal for Harvey Barnes opener with little to no chance of getting to the ball before the midfielder and left Barnes with a virtually open goal.

Vardy revealed that it wasn't the 37-year-olds only mistake.

Before the penalty, the Spaniard spoke to the striker and after the match, the former England international revealed that Reina had tried to play mind games but it had completely backfired.

After putting away his penalty he could be seen shouting towards Reina and his admission that the former Liverpool goalie had tried to bluff him explains the reason behind it.

His brace coupled with Barnes' put them back on track to finish third in the league, putting them five points clear of Chelsea in fourth and eight above Manchester United in fifth.