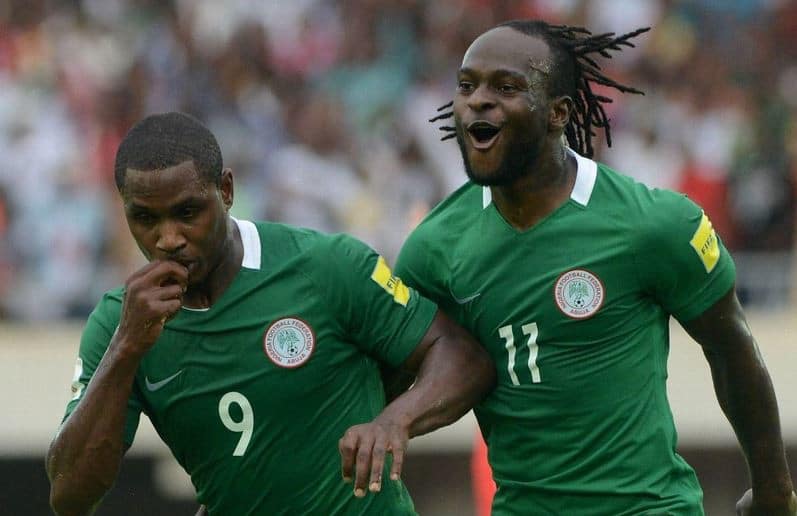 The recent forms of the former Super Eagles duo of Victor Moses and Odion Ighalo in their respective leagues in Europe this ongoing season may have come as a surprise to many football fans in Nigeria due to their rejuvenated football career.

Moses, who was part of the Super Eagles winning squad at the 2013 Africa Cup of Nations, where Nigeria defeated Burkina Faso 1-0 in the final of the bi-annual tournament, bid goodbye to the senior national team after participating in two FIFA World Cups (2014 and 2018).

The former Chelsea star made 37 appearances and scored 12 goals for the Super Eagles before hanging his boot to concentrate on club football.

He has been a game-changer for the Eagles and his move to Inter Milan from Fernabache didn't come as a surprise to many football fans because he once played under manager Antonio Conte at Chelsea, where he fitted perfectly as a wing-back.

In Inter Milan, Moses appears to have found a new form, with his darting runs and sublime skills that have given Serie A defenders sleepless nights.

The 29-year-old has featured virtually in all the games the team has played since joining the club in January.

If Moses could come out of retirement, there is no doubt that the Super Eagles technical adviser, Gernot Rohr may be tempted to invite him to the team for the forthcoming 2021 Africa Cup of Nations qualifier against Sierra Leone, slated for March 27.

Odion Ighalo on the other hand, joined Machester United from Shanghai Shenhua in China and that has been one of the striker's biggest stories of his football career because it was the least transfer he had expected.

The former Super Eagles forward, who was one the star performers at the 2019 Africa Cup of Nations, retired from the senior national team after helping the squad finish third at the bi-annual tournament, where he netted five goals in the process.

Without a doubt, the former Watford striker has always shown an imposing presence in the box, with deceptively nimble feet and the cold-blooded efficiency borne of hard-knock experience.

These could be the reason Man United brought him to fill the void left behind by injured Marcus Rashord at Old Trafford.

Ighalo's United move could kick-start a new beginning for him if he maintains his goal-scoring form.

It could also kick-start a possible recall to the Super Eagles as well if things fall as plan.

Having two Super Eagles players playing for one of the biggest clubs in the world will scare any opposing team at the 2021 AFCON and 2022 FIFA World Cup.

Whether or not Ighalo and Moses will make a U-Trun, come out of international retirement and return to the Super Eagles of Nigeria remains to be seen.

But do you see Ighalo or Moses returning to the Super Eagles?