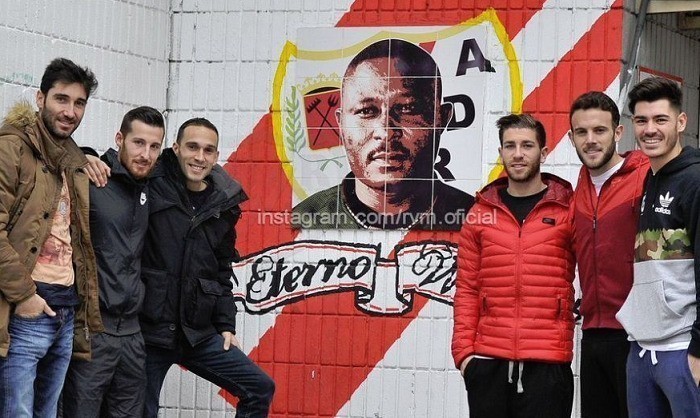 Former Super Eagles goalkeeper Wilfred Agbonavbare has been honoured by Rayo Vallecano after a mural piece of artwork painted at the Gate 1 of the Vallecas Stadium.

The Ex-New Nigeria Bank keeper was one of the most dearly loved players in the recent history of the club located in the South East of Madrid passed away in January 2015 after it was revealed that he was suffering from cancer, and he subsequently underwent treatment at the Hospital Universitario Príncipe de Asturias in Alcalá de Henares.

The tribute to the former BCC Lions stopper carried the words: “For your defence of this shirt, and your fight against racism, Rayo will never forget you. Eternal Willy.”

Agbonavbare was capped 15 times for the Super Eagles of Nigeria and won 1994 African Nations Cup.

SEE ALSO: Emmanuel Adebayor Gets Himself A Year’s Deal With Kayserispor

He was also part of the squad that reached the round of 16 at the 1994 FIFA World Cup in the USA.