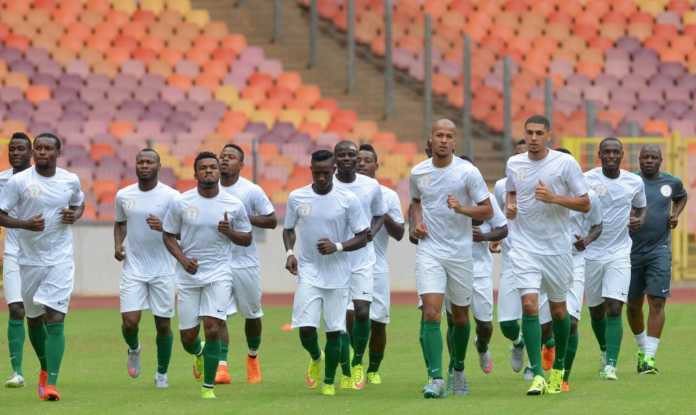 The Nigeria Football Federation have repeated that they are not interested in interfering with the work of Super Eagles coach Gernot Rohr, CSN reports.

There have been calls by football fans for Rohr to extend invitations to some players of the Super Eagles B team (Nwakali brothers, Chidiebere and Kelechi, Usman Mohammad and captain of the day Musa Mohammed) who performed excellently well in the friendly match against Atletico Madrid on Tuesday, but the Chairman of NFF Technical and Development committee, Ahmed Yusuf Fresh has stated that Rohr has the final say. “It is not our style to interfere in the selection and invitation of players, whoever to coach wants he gets.

“We won’t force any player on the coach. We don’t do that and we won’t start it now.  If he feels he needs more players, we will oblige him.

“We saw some players who excelled against Atletico Madrid and the coach also saw them. I don’t know whether he was impressed as to want to invite them. If he wants of the boys, he will notify us but we won’t force him to include any player,” Fresh told CompleteSportsNigeria.

The players in question will only get a chance of inclusion in the 2018 World Cup squad if any of the 23 in the final squad is forced to withdraw through injury.