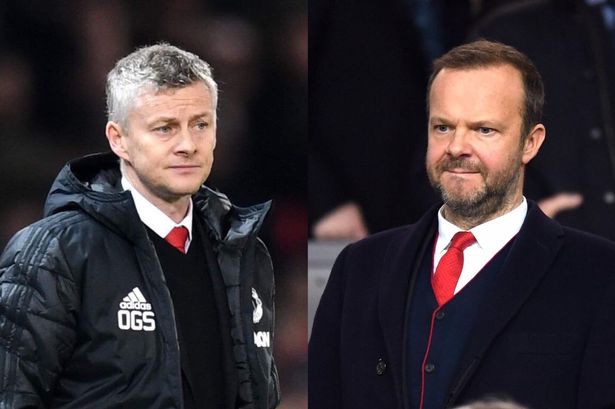 Ed Woodward will be appointing a new Man Utd director of football from within the club as they look to provide support for newly appointed manager Ole Gunnar Solskjaer.

Solskjaer has signed a three-year contract worth around £7m per season.

According to The Times, Ed Woodward wants a director of football installed before the end of the season.

Jose Mourinho often complained of the lack of structure at United.

Woodward is now veering towards appointing from within, with the head of football development John Murtagh and head of global scouting Marcel Bout the two names in the frame.

Bout arrived under Louis van Gaal initially but was later put in charge of global scouting when Mourinho's appointment necessitated a reshuffle.

Woodward hopes to have a Man Utd director of football in place well before the summer.