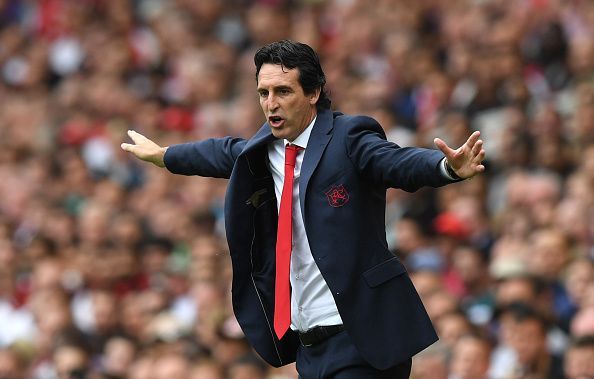 Yacine Brahimi has reportedly accepted to join Arsenal this summer with an announcement anticipated at the end of the Africa Cup of Nations in Egypt.

The Algerian winger is out of contract with FC Porto and has been offered contracts by Fenerbahce, Galatasaray and Besiktas however it is the Gunners who have convinced him to join as per reports from Portugal.

A Bola claim that Unai Emery’s side have agreed to pay the player a €4m signing on bonus with their information coming from Gazette du Fennec, an Algerian website.

They mention Brahimi’s ‘greed’ but also has desire to sign for a top club.

Everton and West Ham also reportedly met the winger who is priced just under £20m. Patrick Vieira and Nice are also said to be keen.

The 29-year-old scored 10 and assisted four in 32 Liga NOS games last season and during his five years with Porto netted 54 and assisted 43 in 215 matches.

The Gunners reportedly held talks with Brahimi in January when they met with his representatives.

As Dan wrote in that report, “Brahimi’s best attributes are his dribbling, his through balls and his passing, though he doesn’t provide anything much in the way of defensive contribution. His finishing is also a bit inconsistent, even if he’s on a great goalscoring run at the moment, with four goals in six games.”

The AFCON end on 19 July however if Algeria are eliminated from the competition an announcement would come.