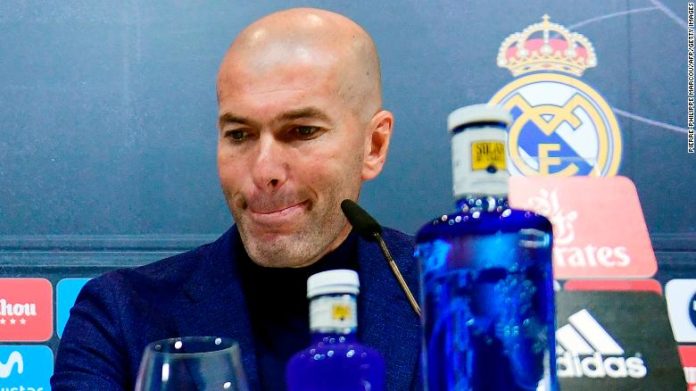 Maurizio Sarri has found it difficult to win games in recent times for Chelsea and his sack seems to be looming.

Amid rumours of the Italian coach being shown the door, Zinedine Zidane popped up as one of the names to replace him.

According to RMC Sport, the Frenchman is not interested in the possibility of joining the Blues.

The whispers intensified after the Blues lost 6-0 at the Etihad and things deteriorated even further after a 2-0 loss to Manchester United.

As a result, Sarri's job at Chelsea is under danger and Zinedine Zidane is being touted as one of the replacement.

There is no chance that Zidane would accept a job during the middle of the season, which is why he is not giving priority to this move.

He is also not so keen to join the Premier League yet as he never played there during his playing career and doesn't know English, resulting in him being cautious.

He left Real Madrid when he was at a peak and it completely sensible for him to not take the Chelsea job with so much going on around him.

He is a man who evaluates everything very carefully before making the final decision.

For now, Maurizio Sarri will have to win the next two matches at least if he wants to keep his job for the time being.