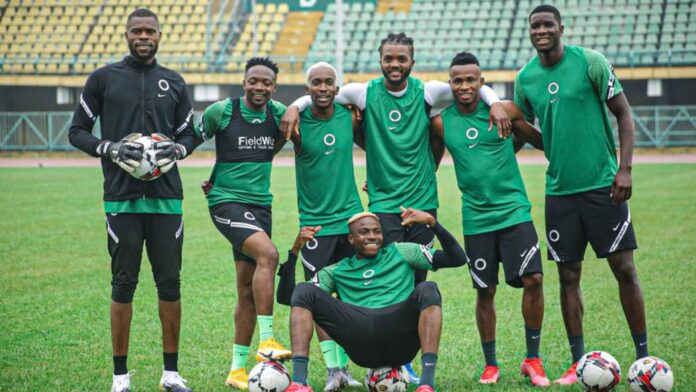 The Super Eagles of Nigeria are set to take on the Les Fauves of Central African Republic on Sunday in Douala, Cameroon and hopefully avenge Thursday’s 1-0 defeat in Lagos.

Karl Namnganda scored a stoppage –time goal off a defensive slip to hand the three points to the Les Fauves when both teams clashed at the Teslim Balogun Stadium.

It was Nigeria’s first loss at home in a World Cup qualifier since October 1981 when they were beaten 2-0 by Algeria in front of 80,000 fans in Lagos.

However, the Super Eagles remain top of Group C but have missed out on an opportunity to open up a five-point gap midway through the qualifiers.

With little or no time to dwell on that demoralising defeat, the West Africans now set out to exact revenge following a first defeat on home soil since 2017.

Sunday's visitors, who risk relinquishing their lead at the top should they drop points once again, will be keen on getting their qualifying journey back on track.

After picking up just one point from their opening two qualifiers, Central African Republic's chances of a first-ever World Cup appearance looked dead and buried, but a shock win last time out has got them back on track.