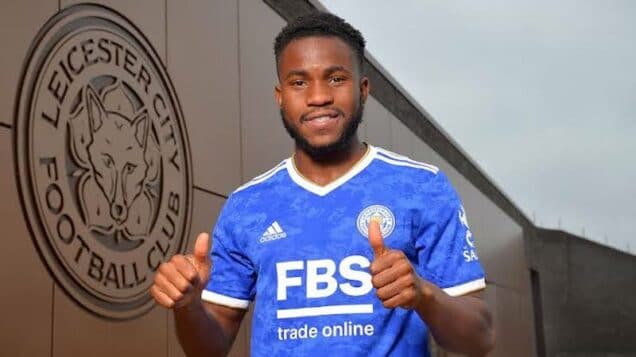 Ademola Lookman was part of the England team that won the U20 World Cup in 2017. He was born to Nigerian parents and raised in Peckham.

The lines of nationality are blurred. People identify with their place of birth as against their parents country of origin. Things have started to change with more players returning to their roots.

France would probably not have won the FIFA World Cup in 1998 without the services of Zinedine Zidane, who is of Algerian descent or Marcel Desailly (Ghana), Patrick Vieira (Senegal) or Claude Makelele (Congo). Fast forward to 2018 when France conquered the world again, and you see players like Kylian Mbappe (Cameroon), Samuel Umtiti (Cameroon), Steve Mandanda (DR Congo), Paul Pogba (Guinea), Kante (Mali) and Blaise Matuidi (Angola).

Nigeria seem to be taking a cue by looking for its lost sons. Players like William Troost-Ekong, Leon Balogun, Alex Iwobi, Tyrone Ebuehi and Maduka Okoye returned to their roots. However, the Nigeria Football Federation (NFF) was not successful in convincing the likes of Tammy Abraham, Bukayo Saka, Dominic Solanke and Fikayo Tomori to play for Nigeria as they chose to play for England.

The latest coming out of England is that former English youth star Ademola Lookman has successfully switched his allegiance from England to Nigeria.

Nigeria have been trying to get its lost sons to dorn the green, white, green of Nigeria. The federation has enjoyed varying degrees of success in their quest, with a few players deciding to play for Nigeria. Some players are to Europe (England particularly), but more and more are turning out for the country.

Leicester City winger Ademola Lookman can now play for the Super Eagles of Nigeria. The application to switch his nationality to Nigeria instead of England met with FIFA’s approval.

Ademola Lookman is a native of London, born to Nigerian parents and grew up in Peckham. The application to switch nationalities was possible since he has not turned out for England at the senior level. Lookman is on loan to Leicester City from RB Leipzig and has been in form for the Foxes. The 24-year-old was part of the England side that won the 2017 FIFA Under 20 World Cup with Dominic Solanke, Kyle Walker-Peters and Dominic Calvert-Lewin.

Nigeria have been on a quest to bring home players of Nigerian descent playing well in Europe before they turn out for a European country. Lookman is one of the players that the NFF had been pursuing. Lookman’s decision means he follows Alex Iwobi in turning their backs on England for a future with Nigeria.

Chief scout of the Nigeria Football Federation (NFF) Tunde Adelakun spoke to BBC Africa last year. Adelakun said they were aware of Lookman’s desire to play for Nigeria but couldn’t do it immediately as there was a process for it to happen.

Adelakun said after the process, the head coach also has to consider whether the player fits his plan and the right time to get him involved in the team.

Nigeria play Ghana next month in a two-legged affair to book a place at the FIFA World Cup in Qatar later this year. With Lookman available to selectors of the national team, they will hope to involve him immediately to help the cause of qualifying for the World Cup.

Lookman made 11 appearances for England at the U21 level and scored only one goal.