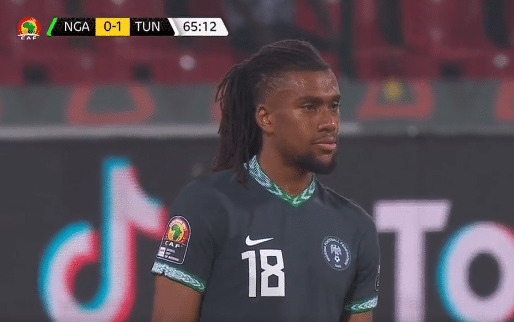 The Africa Cup of Nations is still on, with the round-of-16 matches still being played, but for Nigeria, it is over. While Nigeria licks its wounds and wonders what happened and how it happened, there are still serious issues to handle.

The World Cup qualifier is still on the cards, and the Super Eagles have another tricky tie. They play the Black Stars of Ghana in a two-legged affair in March. The Nigeria Football Federation leaves no stone unturned to ensure the Super Eagles are part of the party.

There is still the issue of whether Jose Peseiro will prosecute the match against Ghana or Augustine Eguavoen. One thing that will be too much to handle for Nigerian fans is failing to qualify for the FIFA World Cup in November this year.

The loss in Cameroon still rankles, and the blame passed from one quarter to the other. The referee received criticism for poor quality officiating. Maduka Okoye has also been on the chopping block for the goal alongside Alex Iwobi.

Alex Iwobi maintained radio silence over the red card, but the Everton midfielder has spoken.

A painful defeat and apologies

It has become common amongst players to take to social media after a misdemeanor to apologise. It is a trend that has taken root and gained momentum, with players apologizing to fans for a loss and other mundane things such as missing a penalty, a red card and even refusing to acknowledge a fan.

The Super Eagles of Nigeria crashed out of the Africa Cup of Nations in curious circumstances. They lost to Tunisia 1-0 in the round-of-16 on Sunday night, and the defeat has got tongues wagging. It was a game where everything seemed to work against the Super Eagles.

The three-time African champions were not their boisterous selves during the game. They were also not helped by officiating that seemed to work against them. They were at odds on how to break down a Tunisian defence that was well grilled, and a fortunate goal sealed their fate in the game.

Following the loss, apologies have come in from different with Alex Iwobi asking for understanding from the fans.

An apology and a promise

The red card to Alex Iwobi aided the loss to Tunisia. The Everton midfielder was barely on the pitch before the referee sent him for an early bath for an innocuous challenge on a Tunisian player. Iwobi’s role at the competition was mainly from the bench, and against Tunisia, it cut as he tried to impact the game.

The former Arsenal player has taken to social media to apologise to the fans. Iwobi apologised for the early exit from the competition and promised that the Super Eagles would rise again.

In a statement posted on social media, Iwobi said: “moments of joy can quickly turn into pain and anguish. As much as it’s a part of football, we came for more.. our fans who shared these moments with us both in Cameroon and across the world deserved more! The beauty of the game is the next moment of jubilation is never too far around the corner. We will be back to fight for our nation, stronger. We owe it to you, and I owe it to myself. Thank you for all the words of support & encouragement – it doesn’t go unnoticed.”