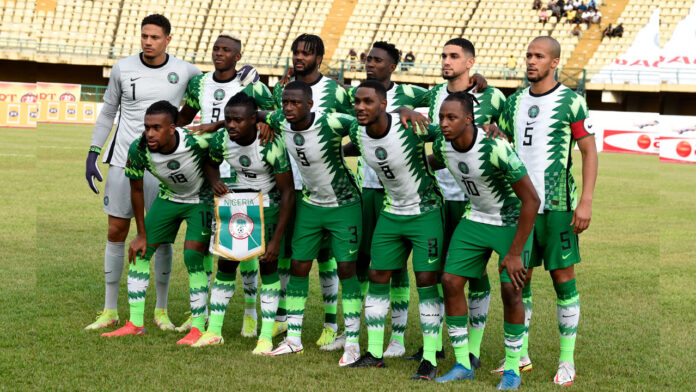 The race to qualify for the 2023 edition of the African Cup of Nations is on with the draws set to take place on Tuesday.

The Confederation of African Football (CAF) have announced the plans for the draws for the 2023 AFCON draws, where the Super Eagles of Nigeria will discover their opponents in the qualification race.

The three-time African champions and four-time African nations tournament runners-up, the Super Eagles of Nigeria, are currently undergoing some restructuring. The Nigerian Football Federation (NFF), alongside the Nigerian ministry of Youth and Sports, are currently hard at work to appoint a new manager in time for the qualification phase, which is scheduled to begin in June.

They will now be learning who their opponents are while trying to get their affairs in order, and the new coach will be thrown straight into the thick of the action as the qualification phase is only two months away.

When and how the draws will take place

CAF will hold the draws at the SuperSport Studios in Johannesburg, South Africa on Tuesday evening at 6.30pm Nigeria time.

A total of 48 African teams will be divided into 12 groups of four teams each. As is customary with AFCON qualification, only the winner of each group goes straight to the tournament which will be hosted by Cote d'Ivoire – who are guaranteed an automatic tournament slot as the host nation – in the summer of 2023.

The other teams who will be participating in the tournament will come from the best three second placed teams from the 13 qualification groups.

Nigeria, whose recent outings at the tournament saw them reach the round of 16 and finish in third place, are in Pot 1.

The teams in Pot 1 will be the headline teams of each of the 12 qualification groups.