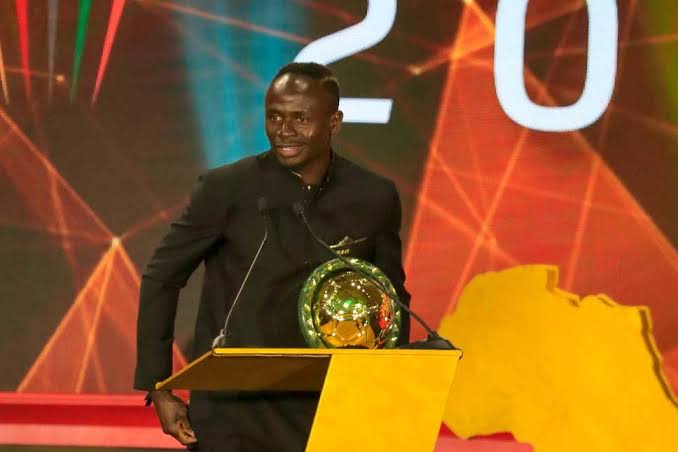 My African footballer of the year winners list will cover even when it wasn’t awarded by the Confederation of African Football.

Yes, that’s right. It wasn’t until 1992 that CAF became the body giving the award to the best African footballer each year.

But before then, i.e. between 1970 and 1994, the African Footballer of the Year Golden Ball award was solely awarded by France Football magazine.

The two awards run concurrently for three years, which explains why between 1992 and 1994 my past African footballer of the year list has more than one winner.

However, after 1994, the French Football Magazine awards was discontinued after the Ballon d'Or (European Footballer of the Year) – also awarded by the same magazine – was opened to players of non-European nationality.

CAF obviously organised its own awards for the best player on the continent to rival the one by the French Football Magazine.

Samuel Eto’o (from Cameroon) was the first to be crowned on four occasions – just as he remains the all time top goalscorer in the Africa Nations Cup.

In other words, Eto'o and Touré are the players who have won the award the most times.

El Hadji Diouf from Senegal, Egypt’s Mohamed Salah and Ivorian icon Didier Drogba may all be CAF awards winners twice: 2001 and 2002; 2017 and 2018; 2006 and 2009 respectively, but the first player to have been named CAF African Player of the Year on two occasions was ex-Super Eagles of Nigeria captain, Nwankwo Kanu, in 1996 and 1999.

See all the CAF player of the year multiple winners in a glance:

In all, 17 players have so far been decorated as CAF African player of the year since 1992.

The current African footballer of the year for 2019 is Sadio Mane of Senegal.

Let me now reel out the African footballers of the year.

Full list of African Footballer of the Year award winners:

As for the African footballer of the year 2021, we hope to see new faces talk about the likes of Thomas Partey of Ghana, Wilfred Ndidi of Nigeria, and so on?

Note: in the above African Footballer Of The Year Winners list: