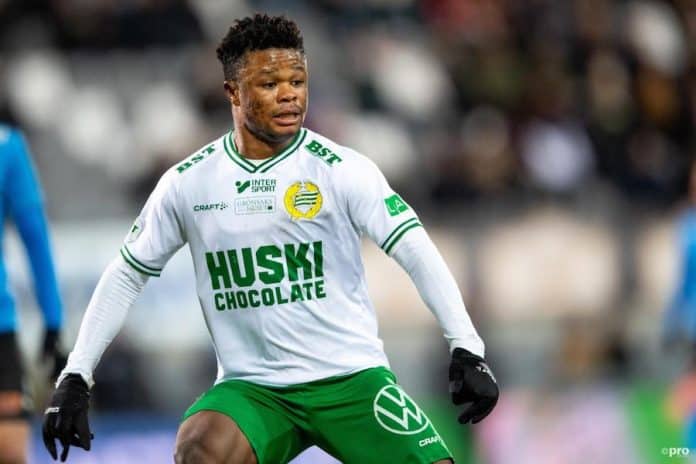 Nigeria youngster Akinkunmi Amoo, following a serious injury, is set to miss the rest of the football season after further tests were done.

The 21-year-old went off injured during Copenhagen’s training match ahead of their weekend fixtures against Silkeborg.

The player underwent further tests on Tuesday and results revealed that the former Youth international won’t be able to feature in any game for 9 to 10 months and as stated by the club.

“Akinkunmi Amoo, unfortunately, suffered a serious knee injury in Saturday’s training match against Silkeborg, and after scans and examinations, he has unfortunately been ruled out for the rest of the season.

“Amoo now has an operation, then rest, and then a long rehabilitation before he can train with the team and play matches again. Altogether, that process will last 9-10 months,’ says chief physician at FCK, Morten Boesen.

“Everyone at FCK wishes Amoo a speedy recovery,” a club statement said.

Meanwhile, he’s billed to undergo surgery and continue his rehabilitation.

The unfortunate injury means Amoo will miss an opportunity to play in the UEFA Champions League this season.

Amoo left Hammarby for Copenhagen in January and has had a rather measured impact since teaming up with the Danes.

During the World Cup qualifiers against Ghana, Amoo was called up by coach Austin Eguavoen but didn’t get to feature and will have to wait for another year to play for the national team again, leaving his place in the 2024 AFCON in doubt.

Copenhagen travelled to Germany to face Borussia Dortmund for their first appearance in the Champions League since the 2016/17 season and they lost 3-0.

Goals from Marco Reus, Raphael Guerreiro and Jude Bellingham handed the German side a winning start, as they  began their UCL campaign on a high.

The Danish side have it all to do in the group, which has English champions Manchester City and Spanish side Sevilla. They will face Sevilla at home in their next group G game.