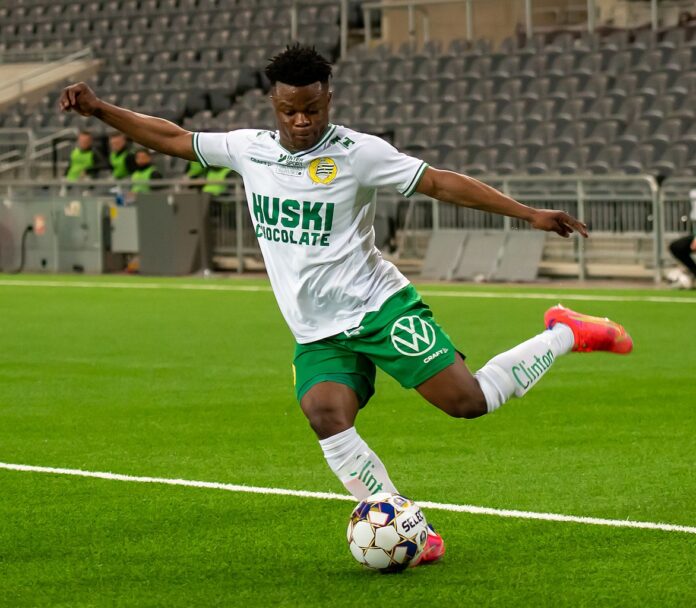 Nigerian winger, Akinkunmi Amoo is set to make Hammarby's starting XI on Sunday as the club eyes a vital away victory at IFK Norrkoping as the Allsvenkan enters matchday 22.

Coach Millos Milojevic will be hoping to pick up maximum points before the international break, hence banking on the former Golden Eaglet winger who have had 9 goals contributions in the league this term (6 goals, 3 assists).

Both teams will enter today's tie with superb form as the visitors will have to up their game should they want to avoid defeat with the hosts enjoying a rich vein of form which has seen them pick up 13 points from a possible 15.

Following their not too impressive start to September, losing 4-1 to table-toppers Djurgarden, Hammarby picked form again the fleet-footed Amoo was at the center of it all. He ensured Hammarby picked 7 points from a possible 9, scoring twice and also claiming an assist in the process.

The 19-year old is now expected to return to the midfield later today with the clash a must-win for either side in their quest to qualify for European football come the end of the season.

Hammarby currently sits on the 6th position with 34 points after 21 rounds of matches.