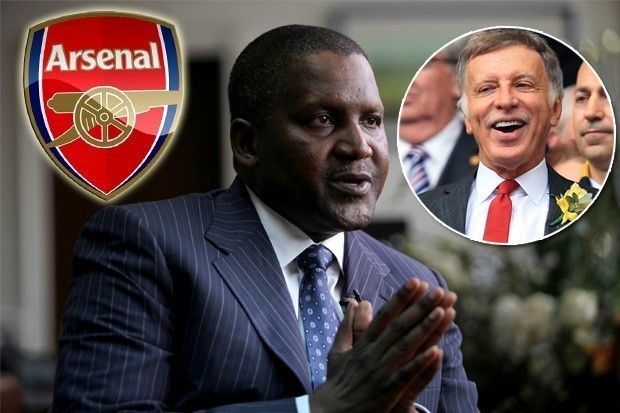 The richest man in Africa has made no secret of his desire to take over the north London club in the past and has made several statements about launching a future takeover bid in the past.

And the Nigerian billionaire Gunners supporter, who is at number 136 on Forbes' rich list, has been speaking up a move for the club again.

According to Forbes, the construction of Dangote Refinery has been ongoing for three years.

And that project is the reason the 62-year-old is waiting to make a move to buy Arsenal from Stan Kroenke right now.

Speaking in 2018, Dangote said that he wanted to buy Arsenal this year.

He said back then: “We will go after Arsenal from 2020, even if somebody buys, we will still go after it.”

Now, with the Dangote Refinery still in process, the billionaire has altered his plans and made the big claim that he will buy the club sometime in 2021.

Speaking on the David Rubenstein Show in America, Dangote said: “It is a team that yes I would like to buy someday, but what I keep saying is we have $20million worth of projects and that's what I really want to concentrate on. I'm trying to finish building the company and then after we finish, maybe sometime in 2021 we can.

See the full interview with Dangote below.