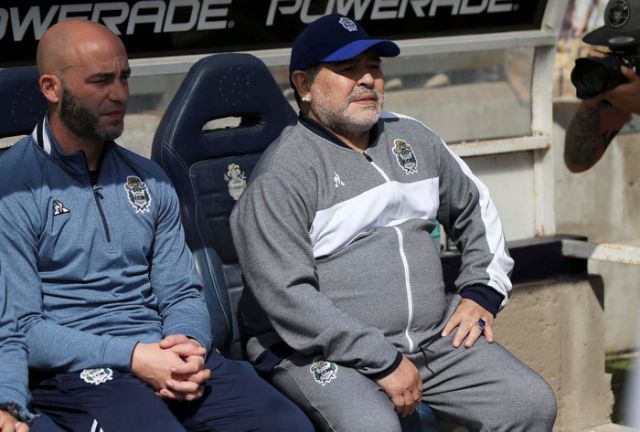 The last Argentine club coached by Diego Maradona at the time of his death, Gimnasia y Esgrima, faced another blow on Friday as the star's backroom staff resigned en masse.

”It is a decision we comprehend and shows the humanity of the group that worked so well with Diego Maradona,” Gimnasia y Esgrima said in a statement.

Assistant coach Sebastian Mendez had led the club since Maradona entered hospital for brain surgery the first week of November and was expected to continue in place of the star, who died on Wednesday from a heart attack.

Gimnasia are scheduled to return to action on Saturday against Velez Sarsfield although the players have appealed for the match to be postponed.

The unheralded side are currently third in their four-team group in Argentina's ongoing domestic competition, with five points from four games.

The world of football is in mourning as arguably its greatest ever player was laid to rest, following the announcement of his passing from a heart attack aged 60 on Wednesday.

Maradona was revered at Napoli after a seven-year stay from 1984-1991 where he led the side to two Serie A titles and a UEFA Cup.

All the Napoli squad wore a ‘Maradona 10' shirt before kick-off and Maradona's face was shown on the big screen throughout the entire match.