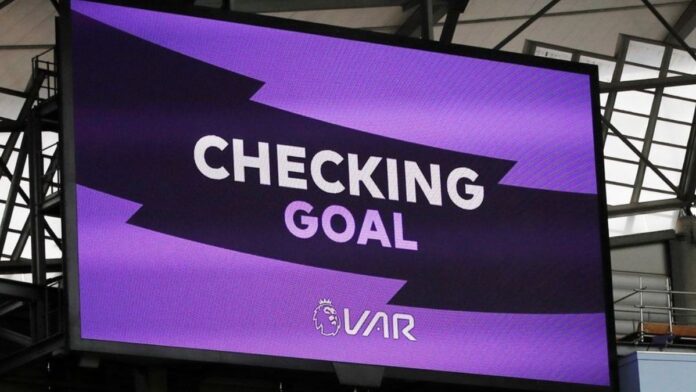 With a number of mouth-watering signings and tight neck runs between the first six teams in the standings, the 2021/2022 premier League Season seems to have started exactly where the last one closed the curtain.

Already, the Golden boot race looks extremely tight like the chase for the trophy, and the big names have not disappointed with the likes of Bruno Fernandez, Mohammed Salah, Romelu Lukaku, and Cristiano Ronaldo featuring among the top board.

However, while the premier league has started in a fashion that fans could only dream of, another exciting feature of this new season is the changes that seem to have been incorporated into VAR.

Of course, VAR is not a new introduction in the affairs of the premier league and so are the controversies that have stuck to it right from the onset.

This time though, the FA definitely look to put an end to these eye-raising controversies or at the very least reduce them by introducing some new rules and guidelines to make decision offered by the Video referee fairer and justifiable.

The aim of the league FA this season is to make the game flow better and protect defenders so they can defend better with a little bit of aggression and tactics in the penalty box.

Now that is an eye raiser and should reveal why Ronaldo was denied a couple of what seem to be clear penalties after being nudged quite aggressively by Kourt Zouma several times on matchday 5.

So what has changed with VAR this season? Here is a summary:

Defenders Will Be Protected More In The 18-Yard Box

With VAR, EPL has drastically seen the god old days of intense football tackling in the 18-yard box gradually fizzle out as even the slightest foul is now awarded.

The FA, however, seems to be missing those good old days just as much as the fans and have decided to review VAR decisions of awarding Penalties for almost every obvious contact.

The FA, in its new directives, states that unless on the ground of obvious fouls that could, a penalty will not be awarded.

Another line of protection is that penalty will no longer be awarded against them in the Penalty box if an attacker nudges behind them to create a simulated foul.

Instead, the attacking player will be penalized and could risk getting booked.

Harry Kane is one culprit of this move and has been heavily criticized by defenders in past seasons.

Finally, the reviews also state that Attackers do not need to go down after a clear-cut foul in the penalty box as the defensive player will be penalized, and a penalty awarded even when the attacking player is still on his feet.

Whether in the box or outside the box, light fouls such as shoving, momentary grabbing of the shirt, and well-timed behind tackles, will be ignored when implemented by a player.

If after such tackles, a goal is scored by the team of the player who implemented such, the goal will stand and will not be reviewed by VAR.

Offsides Will Be Clearer Before Being Adjudged So

Now with this rule, the FA seems to want offside calls to become clear beyond all possible doubts.

The new rules state that an attacking team will only be adjudged to be offside if the team player(s) are up to 1mm – 5mm clear from the last defender for the opposing team.

Also, offside will not be given if parts of the hands such as the wrist, elbows, or head are marginally clear to cross the line.

Except for the whole hand from the armpit is clear to be fully in front of the opposition the last man, an offside call will not be given.

Due to the new rules, the FA decided that VAR offsides lines will not be broadcast on stadiums, and only the final verdict will be shown on whether there was an offside call or not to avoid fans' confusion who may still feel the old rules are intact.

Handballs by an Attacking Team Won't Be Generally Penalized

Another new change is the fact that indeliberate handballs by an attacking team will no longer be penalized to allow free flow of play.

Instead, handballs will only be penalized and play recalled if the attacking team scores with the hand or if the handball leads to an attacking sequencing that immediately leads to a goal.

So these are some of the obvious reviews and changes with VAR, and it is important that EPL lovers know this so that some decisions when spotted in a game should not be considered controversial or unfair.

VAR is known as Video Assistant Referee and was quickly adopted by the Premier League after a successful debut in the FIFA 2018 World Cup held in Russia.

The system has been great in the Premier League so far, and reviews have been continuously carried out to eliminate some uncertainties while making games fairer.