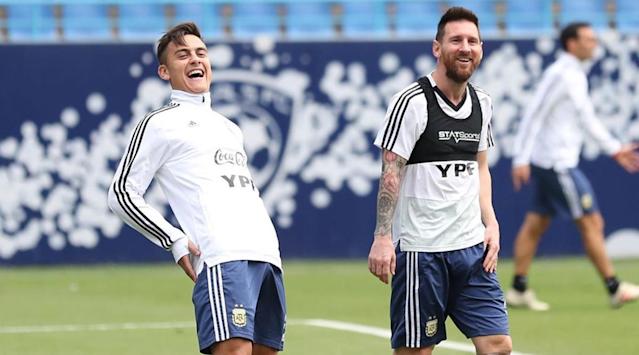 Lionel Messi and Paulo Dybala have been called up into the Argentine squad for the oncoming World Cup qualifiers amidst injury concerns for both players.

There were doubts about the two players because of injuries but both are on the 30-man list selected by coach Lionel Scaloni for matches against Paraguay, Uruguay and Peru.

Messi, 34, missed PSG's last two games due to a knee injury after being substituted during the 2-1 win over Lyon, but he was in training on Sunday and Monday which puts him in contention for a feature in Tuesday's Champions League tie against Manchester City.

Meanwhile, Dybala will sit out of Juventus' Champions League game against Chelsea after sustaining a muscular injury that forced him to leave the pitch in his team's 3-2 win over Sampdoria on Sunday.

And the presence of Messi and Dybala is a big boost for Scaloni. Aston Villa's Emiliano Martinez and Tottenham Hotspur pair Cristian Romero and Giovani Lo Celso are also on the list.

Argentina take on Paraguay in Asuncion on Oct. 7 before hosting Uruguay in Buenos Aires three days later and then Peru on Oct. 14.

The Albiceleste are second in their group with 18 points from eight games and six points adrift of leaders Brazil.