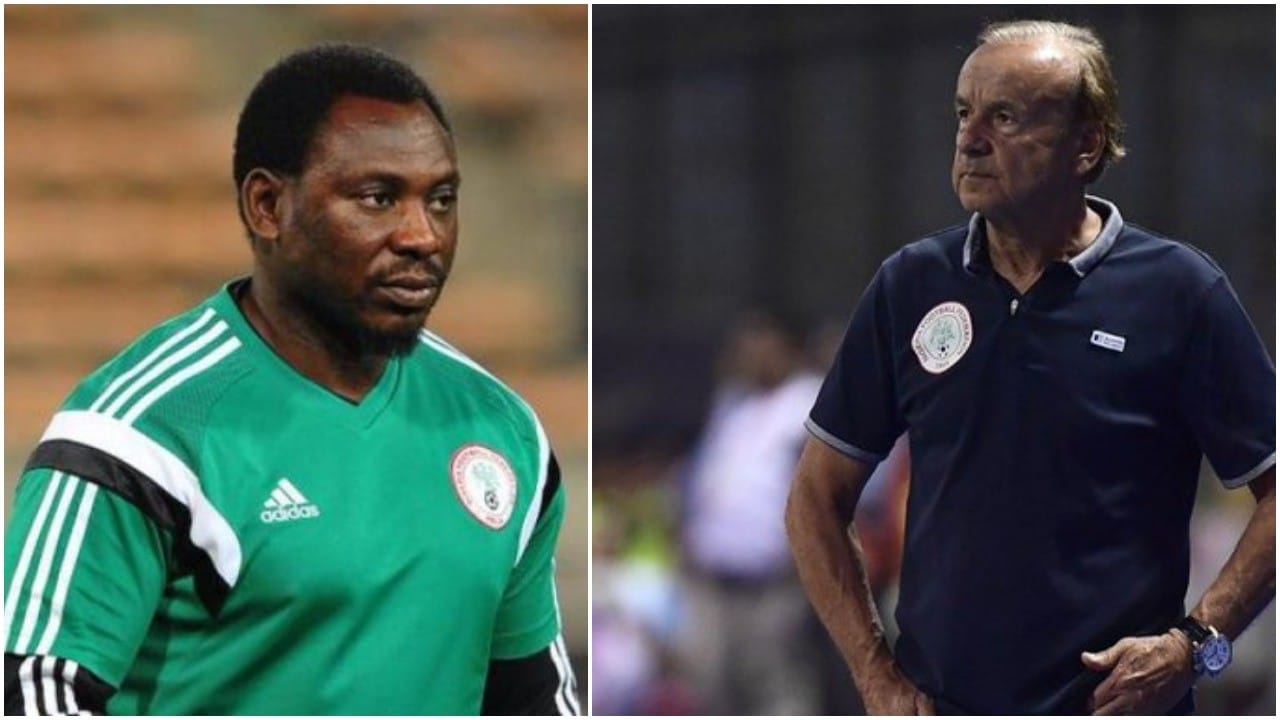 Former Super Eagles player assistant coach Daniel Amokachi has revealed how blessed Nigeria is with good coaches who are more qualified to lead the national team.

Amokachi made this known in chat with brila.net on the future of current Super Eagles coach Gernot Rohr and possible replacement, should the Nigeria Football Federation decide to fire the German, following the recent unimpressive performances.

The former Everton and Club Brugge attacker stated that Sunday Oliseh, Emmanuel Amuneke, and Ndubuisi Egbo are some of the Nigerian coaches who are more qualified and deserved to lead the national team than the Franco-German tactician.

“We have people like Sunday Oliseh, Emmanuel Amuneke, Ndubuisi Egbo, so no way someone can tell me they aren’t better than Gernot Roh,.” he told brila.net.

“Which of Nigerian coaches that I mentioned that was given more than six months? But this person (Rohr) they gave him five years.

“Oliseh and Amuneke were given less than six months and they are more qualified than Gernot Rohr.

“We can’t keep supporting pieces of machinery that comes into Africa and then they are good coaches,” he said.

When asked if it’s time the NFF replaces former Gabon and Niger boss with an indigenous coach, Amokachi responded:

“Does it really matter where a coach comes from? For me, I don’t believe in that, but if you are bringing in a coach, he has to be the right person for the job,” he stressed further.

“If we have indigenous coaches who have the capacity, why not, but that a coach has to be a Nigerian, English German and so on does not matter.

“However if you are bringing a foreigner and have to give him all that money, he has to be a good one,” he added.