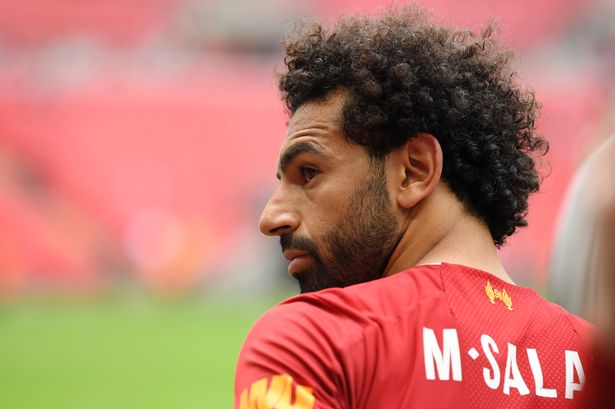 Liverpool striker Mohamed Salah frustrates more than any other player in the Premier League currently.

That is the view of former Liverpool defender Steve Nicol, who says that his goal statistics gloss over the bad parts of his game.

Salah scored his 70th goal in 100 Premier League matches for the Reds in the 2-1 win over Bournemouth last weekend.

And in doing so he surpassed Liverpool greats like Fernando Torres and Luis Suarez in terms of his goals to game ratio.

But the 27-year-old is often criticised for his efficiency in putting away the chances afforded to him.

And Nicol reckons the sheer amount of goals he scores can sometimes overshadow the negatives.

When asked on ESPN FC why Roberto Firmino has evaded criticism for his lack of goals at Anfield, he responded: “Winning is the deodorant of the game, but it covers all bad smells.

“You can say it with Salah. Salah’s form this season, is there a guy that frustrates you more in the Premier League or anyone else with the things he does in a game?

“Then all of a sudden he will produce something.

“So you could say the same about him as well.

“But again, he plays every game and why? Because they win.”

The Egypt international has 16 league goals for the season, three behind top scorer Jamie Vardy and one behind Pierre-Emerick Aubameyang.