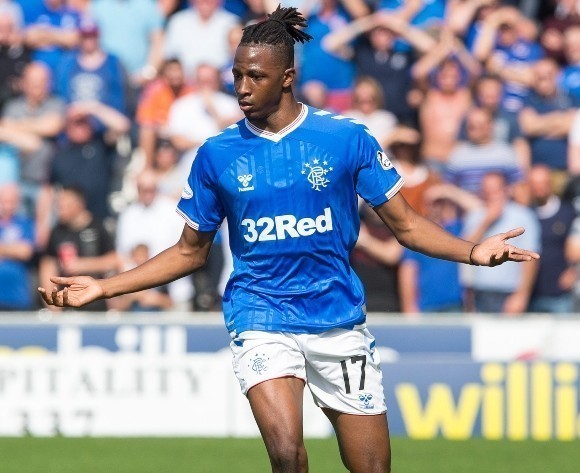 Former Glasgow Rangers and Tottenham Hotspur defender Alan Hutton has offered an explanation for the poor form which Nigerian midfielder Joe Aribo has suffered from in the past few weeks at Rangers.

Aribo has struggled to make an impact for the Scottish club since returning from the African Cup of Nations in January, and has lost the confidence of some fans as a result. Most recently, he exhibited lack of awareness of his role in Rangers’ Old Firm Derby loss to Celtic.

Hutton, speaking with Football Insider, praised the midfielder who had had solid performances for the club this season in all competitions, and attributed his poor run of form to burnout after playing week-in, week-out for both Rangers and the Super Eagles of Nigeria.

The 25-year-old has played 46 matches for Rangers already this season and 10 for the Super Eagles across all the international breaks and the AFCON tournament which was held in January to take his appearances to 56 matches so far this season.

Hotton said that Aribo looked tired when he played against Celtic at the weekend. “I was watching the game with a lot of friends who are Rangers fans and we all said the same thing, that he looked a bit jaded, a bit tired,” Hutton said to Football Insider.

“You look at the amount of football that he’s played. A lot of pressure falls on his shoulders to go and produce. He can open that defence, he can see a pass and split a defence.”

Hutton also noted that Aribo is a key playmaker for Rangers and that the pressure may have started to get to him. “A lot comes down to him, especially when teams are playing low blocks against Rangers. It’s up to him to try and open that door, so there’s been a lot of pressure on him.

“He’s been away at the AFCON and I think people forget that. They only see him turning up on a Saturday and say: ‘He’s played better.'”

The 25-year-old former Charlton Athletic man has scored seven goals and assisted eight others for Rangers this season.

Elsewhere, Aribo and his Super Eagles’ teammates could be finding out who their new manager will be in the coming weeks.

But it is yet to be understood if it will be a foreign or a local coach, and according to former assistant manager Emmanuel Amuneke, the will of Nigerians should be respected in choosing the next manager.

After the disbandment of the technical team following the disappointment of missing out on the 2022 FIFA World Cup, the Nigerian Football Federation Technical Committee have the task of shortlisting new candidates for the role beginning in the new wek.

The ministry for youth and sports favour a local coach, with former manager and captain Sunday Oliseh touted as the next manager from the Sunday Dare-led ministry. Many Nigerian fans, along with the NFF, are in favour of a foreign coach, however.

In an interview with Nigeria Info FM, Amuneke said that he cannot give his opinion on the issue, but advised all involved to listen to Nigerians before making their decision.

“It will be inappropriate for me to start saying those things,” the former Barcelona winger said. “The Federation in question knows what is good and has to do what is good for our football, all will be accepted.

“Let the will of Nigerians prevail and that is why we have to respect their opinion.

“I have always believed that we must develop our people, every country is developing their people. People are not happy and this moment we must have the empathy to be with them this difficult times.”