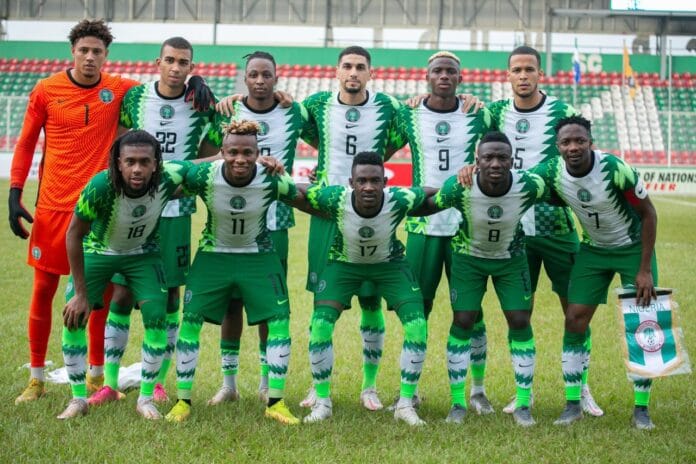 Legendary Nigerian winger Tijani Babangida has given his opinions on the upcoming World Cup qualifier fixture between the Super Eagles of Nigeria and the Black Stars of Ghana.

Both teams are scheduled to play in Accra and Abuja on the 25th and on the 29th of March, 2022, and the winner will be going on to be one of Africa's representatives at the 2022 FIFA World Cup in Qatar later in November.

The match is going to rekindle a rivalry between Nigeria and Ghana on the football front after a few years break which saw Nigeria progress in leaps and bounds as regards talent while Ghana regressed slowly.

As Nigerian football fans await interim manager and NFF technical director, Augustine Eguavoen's squad list, another Nigerian Super Eagles legend, Tijani Babangida, has come up with a piece of advice for the manager.

Babangida, who was part of the Super Eagles squad at the 1998 World Cup finals in France, believes that Eguavoen’s side will qualify for this year’s showpiece if the coach selects the right strikers.

Currently, all eligible Nigerian strikers are performing very well in their various clubs across Europe. In local African and Nigerian leagues, there are also rumours of some promising talents who are being looked at.

However, with main striker targets: Watford's Emmanuel Dennis, Napoli's Victor Osimhen, Union Berlin's Taiwo Awoniyi, UD Almeria's Sadiq Umar and Al-Hilal's Odion Ighalo currently in the top form of their lives this season, Eguavoen will be faced with a big selection headache as he prepares his squad list for Ghana.

Babangida said of Eguavoen's potential dilemma: “There is no doubt that the current strikers in the Super Eagles are not doing badly in Europe.

“The likes of Osimhen, Ighalo, Sadiq and others are banging the goals for their respective clubs and it’s a sign of good things to come for the team.

“Again, this will definitely give Eguavoen a serious headache in terms of who to select for the game against Ghana.

“If he gets the right strikers to start, then the team will pick the ticket for Qatar.”

Teslim Balogun to be immortalised by the NFF

Elsewhere, the Nigerian Football Federation have, through their general secretary Mohammed Sanusi, assured that they will do all they can to pay better homage to Nigerian football legend Teslim Balogun.

Speaking earlier on Tuesday, Sanusi assured that the NFF will be available to contribute to the efforts on-ground to immortalise and celebrate Balogun who was a former captain and a former coach of the Super Eagles.

Sanusi, along with other NFF officials,.were receiving the organising committee of the Teslim “Thunder” Balogun 50th anniversary celebrations, who paid the NFF a courtesy call at the NFF secretariat in Abuja.

“Teslim Balogun played profound and remarkable roles in Nigeria Football, both as a player and as coach. His giant footprints are there for all to see,” Sanusi said on Tuesday.

“It is important that we play a key role in the ongoing efforts to celebrate and immortalise him, because that will send the right signals to both present and upcoming players that Nigeria do care.

“When we received the letter from your committee, the NFF President said he was interested in NFF being part of the programme and he insisted that we nominate someone to represent the Federation and give us feedback on all that was being done to celebrate ‘Thunder’ Balogun.

“He was an achiever and a role model, and the NFF will work with the committee to celebrate a legend of the Nigeria game.”

The organisers of the 50th anniversary celebrations hope to have a one-week event in July of 2022 which will see international friendlies in honour of ‘Thunder' Balogun, as well as a book launch on his life and other activities celebrating the Nigerian football legend.

Sanusi added that the NFF will provide all the support the organisers need, especially with regards to the planned international friendlies.