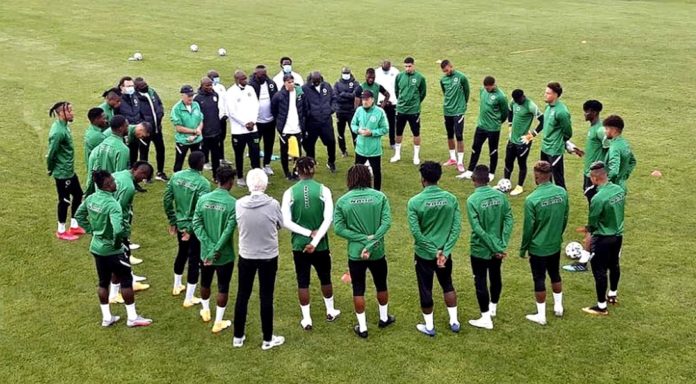 A top source in the Nigeria Football Federation has assured that the Super Eagles will leave no stone unturned in their quest to qualify for the 2022 FIFA World Cup despite reports of bonus row.

It was reported in the media that the players failed to agree with the NFF over the payment of their bonus in naira instead of dollars after beating Liberia 2-0 at the Teslim Balogun Stadium, Lagos.

The players put aside their differences to overcome Cape Verde 2-1 in the second match of the qualifying campaign to top Group C on six points.

However, with fears that the bonus row may affect the team if not settled before their next round of matches in October, a source in a football house stated that the issue will be resolved.

“This is not a serious issue as reported by some media after the game against Liberia. The NFF is on top the situation and I don't think it will distract the players from qualifying Nigeria for the World Cup.”