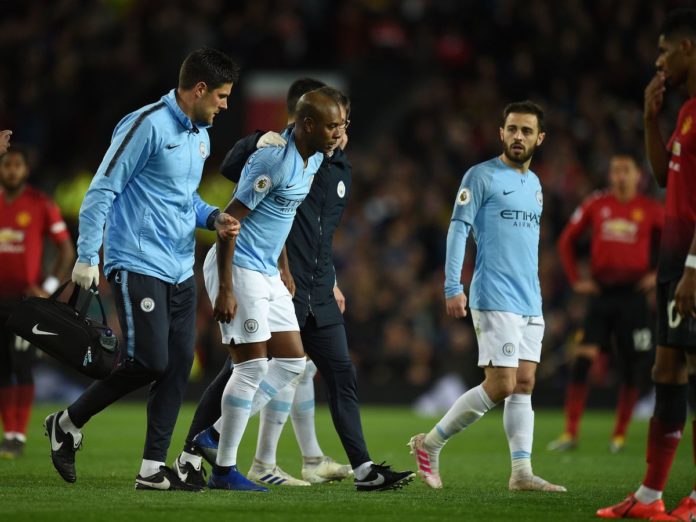 Kevin De Bruyne won’t be available for Manchester City’s trip to Burnley on Sunday while Fernandinho is a doubt.

City travel to Turf Moor knowing three wins from their final three games will give them the title but they could be without two of their key men for the Clarets clash.

De Bruyne will certainly miss the game having picked up an injury in the win over Spurs last weekend while Fernandinho limped off in the derby victory over Man United in midweek and City manager Pep Guardiola admitted that the Brazillian may miss out.

Ilkay Gundogan dropped into a deeper midfield role when Fernandinho departed against United and has stood in for the 33-year-old on several occasions over the past couple of months.

And while De Bruyne is on the mend, he won't recover in time to face the Clarets.

“He's still not fit, but he's getting better,” said Guardiola of the Belgian.

The City chief is expecting a tough test against Sean Dyche's side.

The Clarets held the Premier League leaders to a 1-1 draw at home last season and although they have been beaten 5-0 at the Etihad twice this season, Guardiola is not taking Burnley lightly.

“It always is (tough) given the way they play,” he said of the Clarets.

“To do well what they do and we have to prepare because it is the end of the season, the last games. Everybody feels pressure to win the games.

“We rest and tomorrow we are going to prepare to control.”