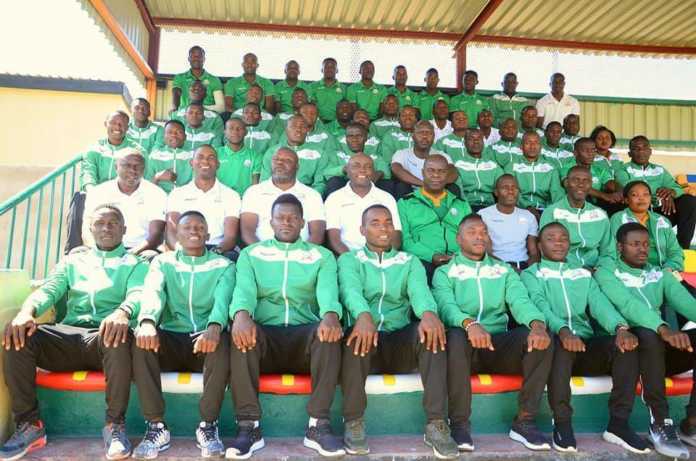 The Confederation of African Football (CAF) has directed Zambia's envoy in the CAF Confederations Cup, Green Eagles Football club not to use the Independence Stadium in Choma for continental matches going forward.

Green Eagles Independence Stadium will not host anymore CAF games and according to a CAF communiqué, a nod was not given when they were playing Young Buffaloes of Eswatini.

CAF say some things failed the minimum criteria of club licensing and the pitch was one of them.

Some of the issues Eagles still have to deal with are improving the main pitch, the VIP section must be bigger to accommodate more people and the ‘accommodation’ in terms of Hotels needs to be improved upon.

CAF do give what it calls a ‘provisional’ Pass where they allow a club to play at home until they improve those requirements and if they fail CAF takes away hosting rights.

Some Clubs which CAF gave Hosting Rights this Year but took them away are Plateau United of Nigeria who were allowed by CAF to play one game in Jos before they were stopped from playing there and had to play their next match in Kano before they had their last game in Lagos which is more than 1000 Kilometers away from Jos while Ugandan side KCCA FC were allowed to play games at the Lugogo Stadium but when they reached the Group stage CAF made them switch to the National Stadium.