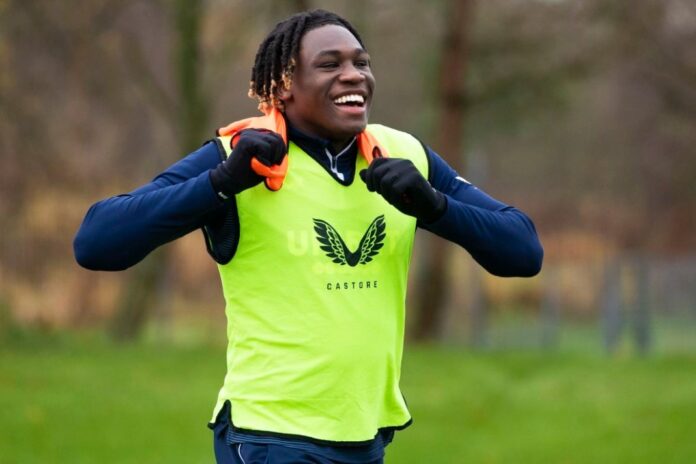 21-year-old Glasgow Rangers left-back, Calvin Bassey, has talked about his desire to succeed with the Super Eagles.

The Italian-born and England-raised Nigerian international only opted for the Super Eagles in 2021 and got his maiden call-up in the same year, but has not yet earned a senior cap for the side.

However, the young defender is keen on making an impact in the green and white jersey, just like his Rangers teammates Joe Aribo and Leon Balogun.

Both players also have multiple nationalities but have found their place in the Super Eagles, and have won the hearts of Nigeria's fans. Bassey is hoping to become like them and experience playing for the Super Eagles at major tournaments for a long time.

Speaking to Brila.net, Bassey explained how much his Rangers teammates' experiences shaped his decision to play for Nigeria.

“Joe and Leon have been there with me,” he said. “I've played with them for months now and they told me about their experience with the national team.

“For example, Joe is just coming off from Africa Cup of Nations and Leon has experienced it before.

“So these are things I want to experience as well and also help the team whichever way I can.”

Elsewhere, the president of the Nigerian Football Federation, Amaju Pinnick, has told the team that only the World Cup ticket is acceptable to Nigerians.

The Super Eagles travel to Ghana on Wednesday ahead of their match against Ghana on Friday March 25, before returning to Abuja for the return leg on March 29.

The preparations have been going fine and the sensations at the camp have been positive. However, Pinnick has gone ahead to let the Super Eagles know that Nigerians expect a lot from them going into the all-important fixture.

Pinnick, speaking indirectly to the Super Eagles while answering some journalists' questions on the state of the preparation of the squad, talked about how the NFF is helping the team prepare and how Nigerians will accept nothing less than a win over two legs against Ghana.

“Of course, we are not the ones going into the field. But the arrangements we put in place will, to a large extent, determine the spirit with which the players will enter the pitch,” Pinnick said.

“All our arrangements must be flawless and without sloppiness. It is a FIFA World Cup ticket at stake, so we must give it our all.

“Whatever efforts we have been making to ensure seamless movement to and fro, as well as accommodation of our contingent at major matches, must be doubled for the match in Kumasi.

“Nigerians don’t want to hear any story; they only want to see the World Cup ticket.”