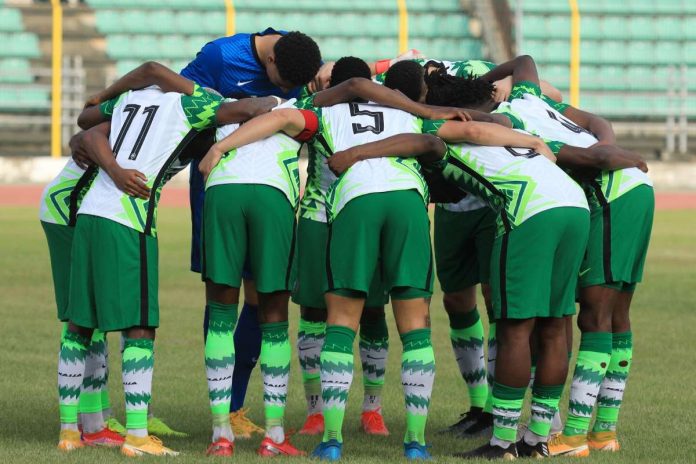 West African rivals Nigeria and Ghana will continue their all-year-long battle in the African Nation Championship qualifiers for a place in next year’s tournament.

The Home-Based Super Eagles had been drawn to face the winner of a contest between neighbours Benin Republic and the Black Galaxies. Ghana defeated the Squirrels 4-0 on aggregate following a 1-0 win at the Stade de L’Amitie in Cotonou on Saturday.

The competition, which is solely for players plying their trade at home, has now pitch the archrivals together in its playoff qualifying stage.

Salisu Yusuf, who guided Nigeria to a final appearance in 2018 before losing 4-0 to Morocco, is expected to name his squad in some days’ time. Meanwhile, Ghana have not been at the finals since 2014.

The Home-Based Super Eagles will vie to continue from where the U-17, U-20 and the Super Falcons stopped and try to avoid the fate that befell the Super Eagles senior side.

Recall that Nigeria lost a place at the 2022 World Cup after losing to Ghana on away goals rule. However, the Super Falcons, Golden Eaglets and Flying Eagles all overcame Ghana in their hurdles to qualify for their respective continental championships.

The first leg of the CHAN 2023 Playoffs encounter will come up between the 26th and 28th of August at the Cape Coast Stadium, while the second leg is expected to hold in Abuja at the Moshood Abiola National Stadium in the first weekend of September.