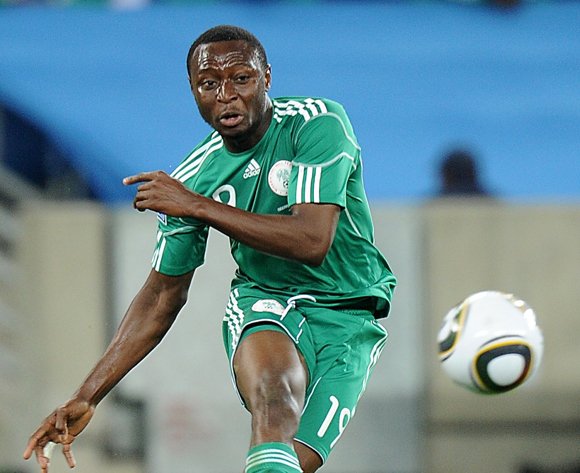 Former Super Eagles striker Chinedu Obasi says he stands by his comments on 2014 World Cup bribery allegation but will not name names.

The former Lyn of Oslo forward also disclosed that he never meant to escalate the situation as it is, adding that going into details of the whole drama will seem like he is personally attacking someone.

Obasi had earlier claimed that his refusal to pay bribe was responsible for his omission from Nigeria's 2014 FIFA World Cup squad in Brazil.

But in a chat with Legit.ng, the 34-year-old stated that even if he calls names, there won’t be changes as there are many other allegations in Nigerian football, adding that he has his proof to backup his claim.

“I just said what happened to me and I am not going to call anybody’s name and that is my opinion. But if they feel otherwise, I have proof to back it up,” Obasi told Legit.ng during a live Instagram chat.

He continued: “I am telling you about what happened to me, you don’t have to doubt me. I don’t have anything to lose, I don’t expect anything from anybody.

“But at the same time, we all have to accept that things like this happen in Nigeria, not just in football.

Obasi, however, added that he didn’t intend to disrespect ex-players of the national team, but emphasized that it really happened to him.

“I respect everyone’s opinion. I never intend to disrespect any of our ex-players. I respect them and what they’ve done for the country.

“It is my story and when I’m talking about my story, then some people say something like that cannot happen – were you there?

“Just like the r@pe case that is trending now, if someone is telling you ‘this thing happened to me’ why would you even try to challenge the person when you were not even there?”