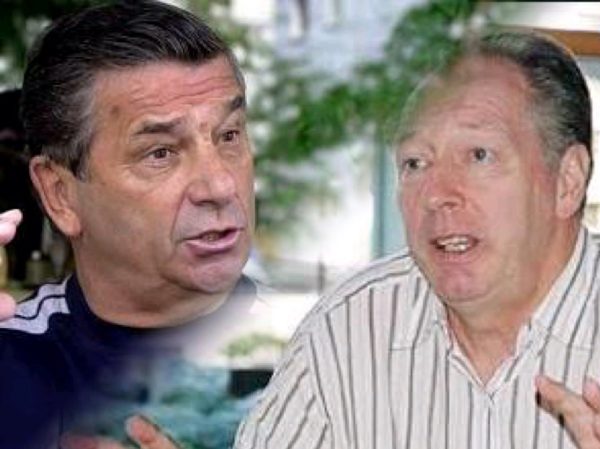 Former Super Eagles coach, Bonfrere Johannes made the headlines when almost all through last week for an interview he granted a radio station.

Bonfere had alleged that his former boss, Clemens Westerhof “sold the 1994 World Cup group match between Nigeria and Italy for $100,000 US Dollars”.

Nigeria lost that match 1-2, after leading 1-0 and dominating the Italians for most of the match.

The media made a feast of it as the story raised a lot of unanswered questions.

The man in the eye of the storm and former Eagles coach, Clemens Westerhof has vowed to clear his name, claiming that his former assistant and the Atlanta ’96 Olympic-gold medal winning coach, Bonfrere should be ready to prove his allegations in a court of law in Nigeria.

In an interview with Sports Vanguard yesterday, Westerhof denied the allegation by his former subordinate, labelling him “a green snake under green grass”.

Westerhof said, “No. That is not true. It is a lie. He wants to bring my name in bad light. He knows that the people in Nigeria like me. What happened was that we lost to Roberto Baggio’s two goals, the last was a penalty kick. We lost by two goals to one. That was what happened.”

Westerhof continued, “I will never sell a match. I cannot do that. Never; not to Nigeria which is my second home. I have a house in Nigeria. Maybe, I can come back and stay there.”

He swore, “I will sue him for that. He cannot do this and go free. I have never spoken ill of him here in Dutch papers. He put it on the radio in Nigeria that I sold the match to Italy. I will sue him in Nigeria.

“He will tell the judge who will ask him questions where he got his story, which player he said knew about it. He cannot go free.”

Westerhof said he brought Bonfrere to Nigeria after they had worked together in Holland. He said Bonfrere was a fitness trainer who did a marvelous job for him back home and he decided to bring him so they could work together in Nigeria.

However, on getting here, he noted that Bonfrere became a different person he(Westerhof) never envisaged.

“Listen, he had positive things but he could not handle the situation around the Nigerian team, particularly, when he got enmeshed with some officials. I warned him to stay away from them so that together, we would take Nigeria football to the top and we took Nigeria to number 5 in the world.

“At USA, I sent him to watch matches and he brought good reports because he was the only one who could do that.”