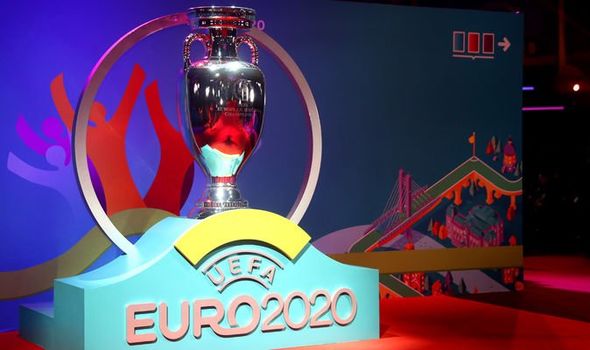 The European Championship will now be held between June 11 and July 11, 2021, having been moved from the summer of 2021.

There has been no update yet on whether the format of the tournament has changed, and so it is expected that the first match will still be between Italy and Turkey at the Stadio Olimpico in Rome, with the final being held at Wembley.

No decision has yet been taken to change the venues of Euro 2021 because of the shift in dates.

Euro 2020 tickets were released over a number of dates. The application window for the tournament began back in June 2019, where fans had to register for a lottery-like draw. In July and August 2019, fans found out their fate. In December, the ticket sales reopened for fans of qualified nations.

There are still four Euro 2021 teams to be decided. Fans of national teams who qualify for the tournament via the play-offs will be able to apply for tickets once the play-offs are concluded. That had been scheduled for April 2020 but has now been postponed.

There will be a ticket resale in April 2020, giving fans a chance to sell theirs on or buy tickets to the tournament.

Tickets for the final have already been on sale. These were released along with tickets for all other stages of the competition last summer.

There are 21 cities from across the continent bid to host Euro 2021 matches, including London, Glasgow and Dublin.

The successful stadium bids are as follows:

Wembley Stadium in London will host the most matches of any venue at Euro 2021, with seven games to be played there – including the final and semis.

There are just four places left at Euro 2021 – or ‘paths' to the finals, as coined by UEFA – to be decided by four sets of play-offs. The nations involved are as follows:

All semi-finals across all four paths were set to commence on March 26, 2020, with the finals taking place on March 31, with all 24 Euro 2020 nations confirmed that day.

These have now been postponed and no new dates have yet been set.

As is customary for major international tournaments, Adidas will be supplying the ball for Euro 2021. Named Uniforia – a portmanteau of “unity” and “euphoria”, the ball is mainly black and white, similar to the Telstar effort of the last World Cup, only with flashes of fluorescent colour.

After nations were seeded and certain teams were placed in groups based on hosting games at the tournament, the following groups were drawn for Euro 2020:

In November, Adidas released kits for a number of teams heading to the finals, including Germany, Spain and Belgium.

A number of Nike kits were expected to be released in March 2020.