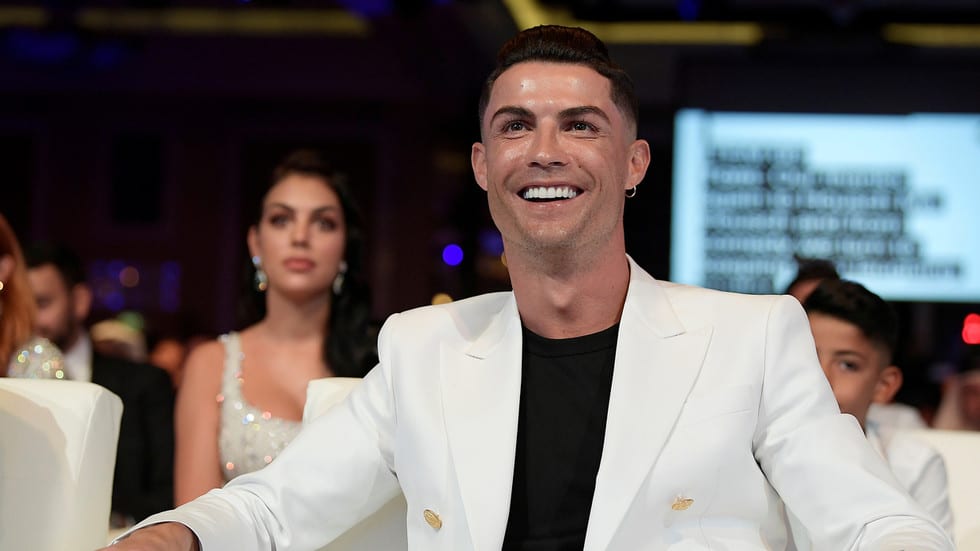 Cristiano Ronaldo will soon be joining the league of billionaires and be able to call himself the first billionaire footballer.

In 2019, the 35-year-old hauled in £88million ($109m) as football’s second highest paid player – behind long-time rival Lionel Messi – according to Forbes.

A staggering £52million ($65m) of that comes via his contract with the Bianconeri – albeit taxed at 43 per cent.

But it is off-the-pitch where the Portuguese captain is making more money than ever before; last year he earned £36million ($44m) through commercial ventures.

And having swapped Spain for Italy in 2018 he is making his commercial deals go further, with earnings from the likes of Tag Heuer, Nike and his own CR7 brand only subject to a single flat tax of just under £100,000.

The Champions League's record goalscorer made commercial value drives mega-money to his sponsors via social media.

According to Business Insider, Ronaldo made 30 per cent more from paid Instagram posts (£39m) during his first season at Juventus than his take home pay (£30m) from the club.

Shares in the Italian champions rose to unprecedented levels in the three months after his £88million signing in 2018, almost doubling in value.

His hat-trick against Atletico Madrid in the 2018-19 season Champions League second round – directly led to a 24 per cent jump in share price.

Forbes' sports money analyst Christina Settimi declared last week: “With the additional $45million (£36m) he makes as a walking billboard, pitching products head to toe for the likes of Nike and his CR7 line of underwear, footwear, and cologne, Ronaldo can still earn $91million (£74m) annually to retain his standing among the best-paid in all of sports, and still become the third active athlete to crack the $1billion (£800m) mark in career earnings at the end of this season.”

Woods became the first sporting billionaire back in 2009, unbeaten boxer Mayweather joined him in 2017, and now, despite the uncertainty surrounding sport amid the global coronavirus pandemic, it's a matter of time until Ronaldo joins them.