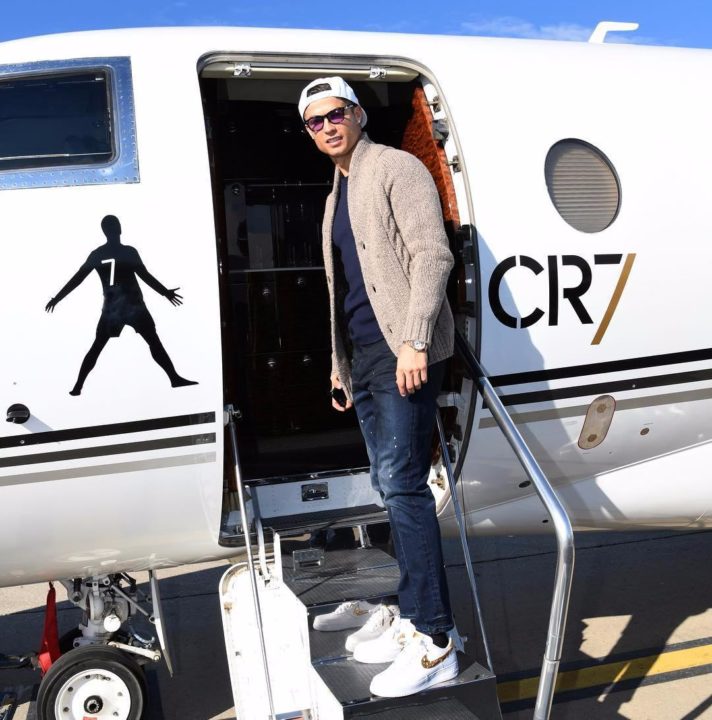 Some countries have begun preparing for their football teams to return to training, with games eventually starting again behind closed doors.

And even though caution is very much still been observed for now, players have started been recalled to their training base with a view to trying to get back to normal, but one player is having some problems.

That player is Cristiano Ronaldo and he’s currently stuck in Portugal because his private jet is grounded in Madrid.

According to Portuguese news channel TVI, via the Mail Online, the 35-year-old's private jet has been unable to take off from Madrid due to Spanish travel restrictions.

Ronaldo had planned for his £30m Gulfstream G650 jet to pick him from his home island off the coast of Portugal, and then to transfer him direct to Turin in preparation for the beginning of Juve's plans to resume the 2019/20 season.

But despite the plane trying to take off three times, Ronaldo may now be forced to stay in Madeira for several more days before being able to fly back to Italy.

How long it will take to sort this out and for him to travel back to Turin is not certain, but it is hoped that it will be sooner than later.

Play has been suspended for a while now so no one should expect the players to go straight back into competitive games.

October 9, 2022
May 3, 2020
Home Serie A Cristiano Ronaldo May Not Return To Juventus Due To Private Jet Issues