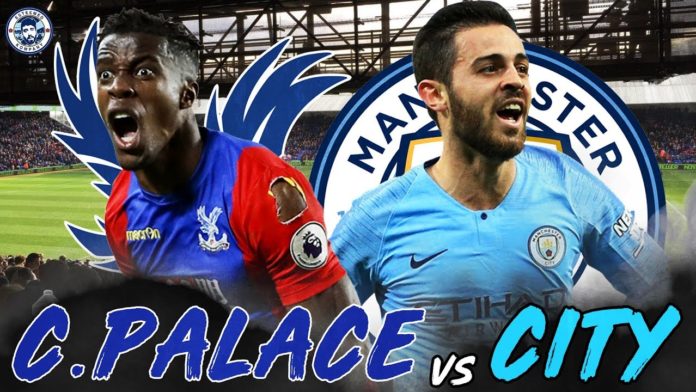 Manchester City are in an epic fight with Liverpool this season as they attempt to defend the EPL title they won last term.

City are currently two points adrift of the Reds but have a game in hand on their top-of-the-table rivals.

Crystal Palace are a kind of pillar standing in the way of three points which would lift Manchester City above Liverpool before their game against Chelsea.

Guardiola will try all they can to avoid a repeat of the slip-up they suffered when Palace visited the Etihad in December.

Pep Guardiola's men are not expected to take any chances as they attempt to leapfrog the Reds and get the edge in the title race.

City go into this clash with Crystal Palace off the back of a 1-0 Champions League defeat to Tottenham.

Guardiola makes just four changes to the team which was beaten by Spurs.