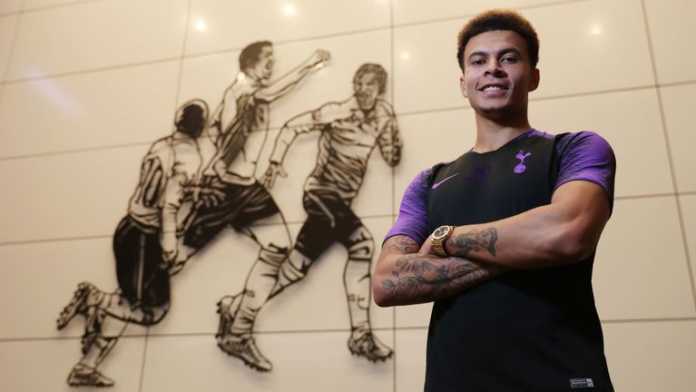 Dele Alli has penned a new contract that will keep him at Tottenham Hotspurs until 2024.

The Tottenham midfielder, who joined from MK Dons in 2015, has committed his future to the club, having been in discussions since the summer.

The 22-year-old will spend the next six years with Spurs and has received a bumper pay rise.

The England international said on his Instagram page: “Delighted to have signed a new contract until 2024.

“Would like to say a big thank you to everyone at the club – chairman, manager, all my teammates and the fans for their constant support.”

Alli, who has been struggling with a hamstring injury in recent weeks, came on as a second-half substitute in Monday night's 1-0 defeat to Manchester City – a result that further dampened the mood at the club.

Spurs have an impressive record of getting their star players to commit to the club, with a flurry of them signing new deals last summer, which is at odds with their activity in the transfer market.

Tottenham will be hoping that Christian Eriksen and Jan Vertonghen will be the next players to tie new deals, with discussions believed to be ongoing.

Alli has been a key player for Spurs under Pochettino and in his 112 Premier League appearances for the club has scored 38 goals and provided 26 assists, more than Steven Gerrard, Frank Lampard and Paul Scholes at the same age.

Alli captained the club for the first time last month in his Milton Keynes homecoming, where Spurs beat Watford in the Carabao Cup at Stadium MK.