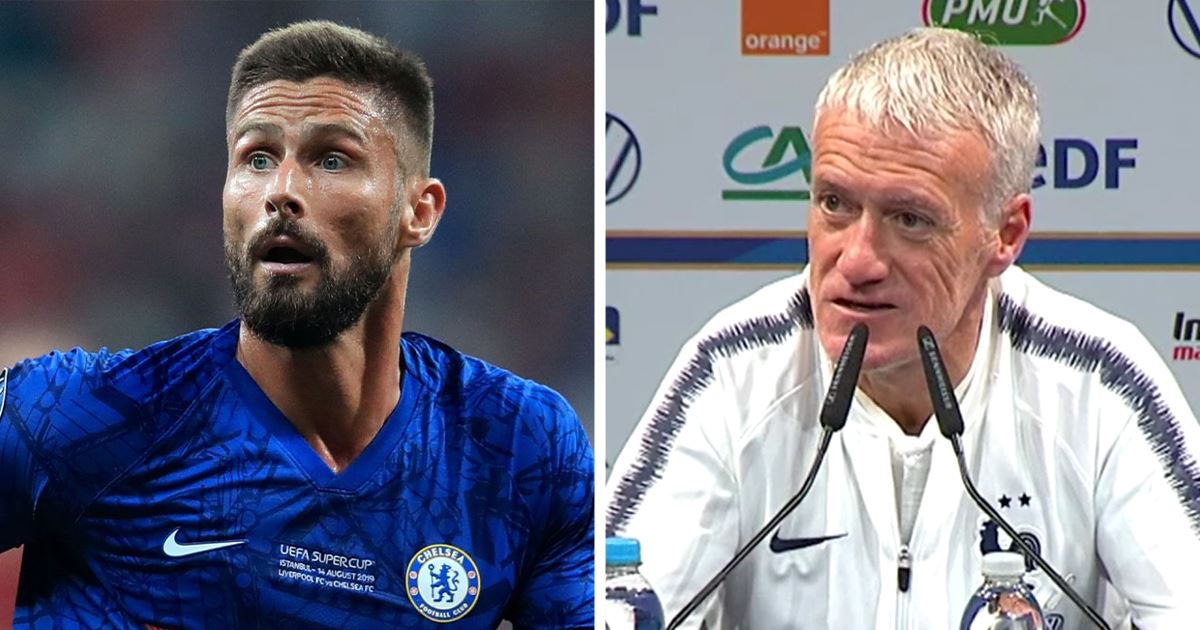 France boss Didier Deschamps has advised Olivier Giroud to find a way to leave Chelsea in January if he hopes to make his Euro 2020 squad.

And speaking ahead of France's Nations League clash against Sweden on Tuesday night, Deschamps has urged the 34-year-old striker to seek a move if he wants to improve his chances of adding a possible Euro 2020 title to his 2018 World Cup crown.

“Olivier Giroud knows it – the situation he's in today cannot drag on forever. Before March he will have to find another situation than this one,” Deschamps – a former Chelsea midfielder – told French radio station RTL.

Giroud earned his 103rd international cap during France's friendly defeat against Finland but was dropped for Martial in their Nations League win against Portugal on Saturday.

“I make the choices that seem best to me for the France team,” Deschamps said.

“With Anthony, who is a good player, it allows us to have a little more depth.

“Olivier has been affected, first of all with the situation he has at his club, knowing that he has a large frame and that he needs rhythm. It's hard.

“That's not why I want to lose him, it's complicated, we'll talk, but obviously he has every interest in it not lasting, for him, to remain competitive, but we must not forget what he did with us and what he is still able to do.”

Giroud has scored 42 goals in 102 games for France, and is only behind Thierry Henry for his country in terms of goals scored.