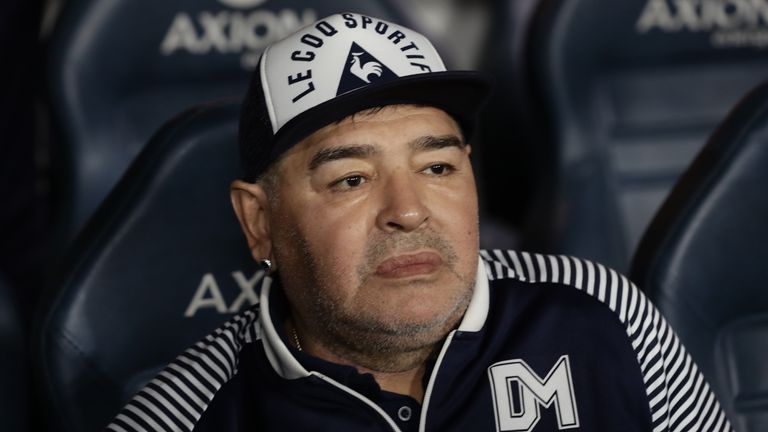 Diego Maradona is in a private clinic in the Argentinian city of La Plata an hour’s drive south of the capital Buenos Aires.

The official line is that the legend was admitted to Ipensa Hospital suffering from dehydration and his personal doctor Leopoldo Luque insisted Maradona's latest health scare was not linked to relapse or coronavirus.

Hinting Maradona was suffering from depression, he added: “It would be wrong to say he’s just suffering psychologically.

“His clinical situation cannot be separated from his frame of mind.

“His psychological situation affects everything, you begin to eat badly, the amount of protein your body needs goes down.

“Diego goes in cycles. Sometimes he’s okay and then he has periods when he’s not doing so well.

“I didn’t like the state he was in. Getting him into hospital helps him.”

“His birthday was a date that stirred up a lot of emotions. His heart is broken.”

Argentinian journalist Daniel Arcucci, a friend of the retired footballer, claimed he was suffering from anaemia which is a decrease in the amount of hemoglobin in the blood and hinders its ability to carry oxygen.

Maradona is understood to have agreed to be hospitalised after he appeared to have difficulties walking and talking as he was forced to abandon his team’s stadium shortly after kick-off in a cup match the day he turned 60.