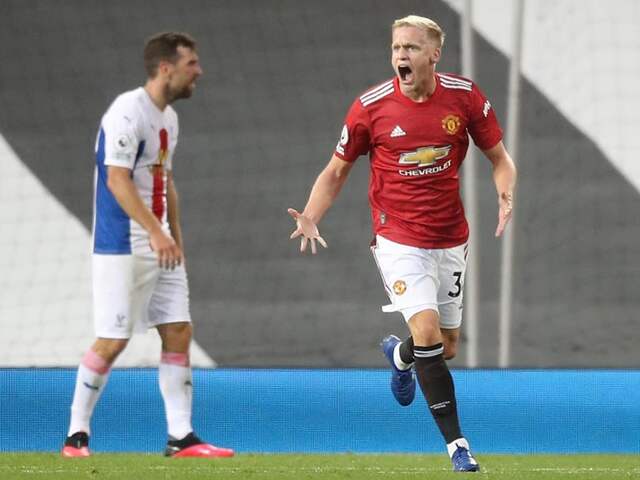 Donny van de Beek is not happy at all with Manchester United’s lethargic pace of play after suffering a surprise 3-1 defeat against Crystal Palace on his debut.

Van de Beek, who joined Ole Gunnar Solskjaer’s side from Ajax for £35m, came off the bench and scored but his efforts were ultimately in vain.

“I’m really disappointed that we lose 3-1 at home. I think it’s really bad.

“Yeah (we did not have as much match sharpness as Palace) but last week in training we did really well.

“We trained good, so my feeling was really positive. But, yeah, today we played too slowly.

“We went too long with the ball and I think against an opponent like Crystal Palace you need to speed up the game to create something. That was not good enough.”

Van de Beek added that scoring on his debut did nothing to add any gloss to the defeat.