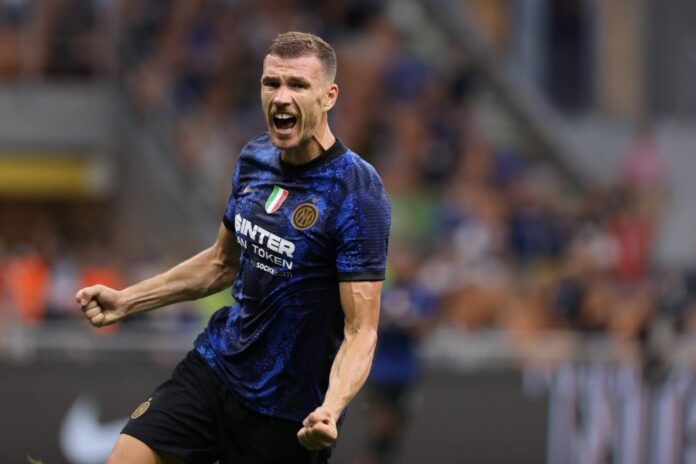 Edin Dzeko is unsurprised by his side's excellent start to the 2021/2022 Italian Serie A season despite the exit of former forward, Romelu Lukaku and former manager, Antonio Conte.

The Nerrazuris sits second behind Napoli at the top with thanks to their 1-2 over Sassuolo on Saturday.

Hosts, Sassuolo, were dominant in the first half and scored before Inter and they had controversy over a potential Samir Handanovic red card, but the game changed when Dzeko came off the bench and equalized for last season's champions.

And after 30 seconds of action, the former Manchester City and AS Roma striker had equalized and earned Simone Inzaghi's men the winning penalty which Lautaro Martinez converted shortly afterward.

While speaking to Sky Sports Italia after the win, Dzeko said: “We came on to make the difference, because that's what the coach asks of is and we have many talented players who can't all be on the pitch at the same time.”

“When you come on, you must give more than 100 per cent, that's what we did and it paid off in the end,” Dzeko said.

The Bosnian forward further charged the team, especially the substitutes. He noted that the substitutes must always have the kind of attitude he showed against Sassuolo.

Inter have now scored at least two goals in each of their fast 12 Serie A games, a new club record after 11 in 1943, yet fired blanks in two Champions League matches.