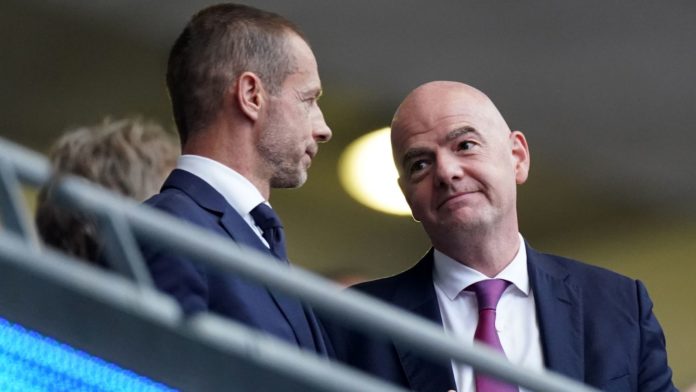 The European Club Association (ECA) has warned the world football governing body, FIFA, of its plan to restructure the international calendar, noting that it would have a “direct and destructive impact” on the club game.

FIFA was accused by ECA of trying to “railroad” through its controversial plans, one which includes playing the World Cup biennially – without proper consultations.

In a statement released by the ECA via their official and verified Twitter handle, the body reminded FIFA of its “legally-binding obligations” to ensure clubs are supportive of any new structure for the international match calendar (IMC).

“ECA has followed with grave concern and alarm FIFA's launch of active PR campaigns and much pretence, apparently seeking to railroad through reforms to the IMC, particularly the introduction of a biennial World Cup,” the statement from the ECA. which represents 247 clubs across the continent,” read the statement.

This powerful statement from the ECA now means that European clubs and leagues are now united in their opposition to FIFA's plans.

Although, the ECA agrees with FIFA on the need to reform the IMC but it stated in its statement that it be done in a “modernized and simpler” way; considering a better player protection and health and a balanced approach to club and international football.

ECA's statement councluded: “Given the centrality of the IMC to club football, and of club football to the IMC, ECA reiterates in the most unambiguous terms that any decisions relating to its future can only come about with the consent of football clubs, with player welfare at their heart – and in keeping with legally-binding obligations which ordinarily should not need restating.

“In short, the reform of the IMC must be founded on jointly-agreed outcomes, balanced in the interests of all, following honest and detailed consultation – not simply railroaded in the singular interests of FIFA on the back of a series of PR campaigns.”

According to reports, FIFA will hold an online summite next Thursday to consult with all 211 member associations and it's believed that the plans will be much discussed at the summit.