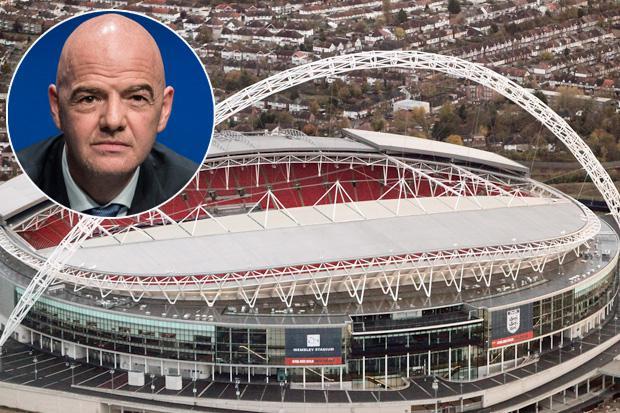 The FAI last night agreed to be part of a bid for the 2030 World Cup.

Football chiefs in England, Wales, Scotland and Northern Ireland have already been meeting about launching an ambitious bid for the tournament.

And the FAI were asked to participate in negotiations about expanding the plan to include the Republic of Ireland.

A statement from Abbotstown said that “positive discussions” had ended with an agreement to move to the next phase.

“It has been agreed that the Football Association of Ireland will join the English, Irish, Welsh and Scottish FAs in conducting a feasibility review into a potential joint bid to host the 2030 FIFA World Cup,” read the brief communiqué.

The expansion of the competition to 48 teams from 2026 has opened up the option of bigger bids and UEFA president Aleksander Ceferin – an ally of FAI chief John Delaney – had spoken positively about the idea of a bid from the region.

The United States, Canada, and Mexico are the three co-hosts for 2026 will all qualify automatically but it's thought highly doubtful that FIFA would give places to five countries.

Another snag is the absence of a stadium to meet the 40,000 capacity criteria in Northern Ireland with a redeveloped Casement Park the only option.

Argentina, Uruguay as well as Paraguay have announced their plans to jointly bid for 2030, while Tunisia would be open to the idea of a North African bid along with Algeria and Morocco.