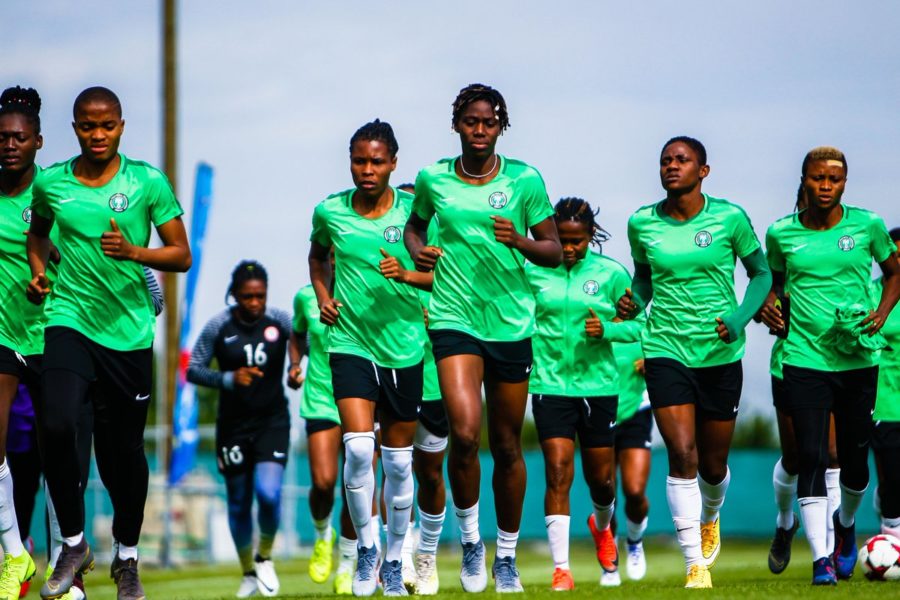 The Super Falcon of Nigeria were in celebrating mood on Wednesday when Argentina played a tense 3-3 draw with Scotland in their final Group D match at the ongoing Women’s World Cup in France.

The team in a live Instagram video recorded by Super Falcons captain, Desire Oparanozie,  was in wild celebrations five minutes to the end of the match.

In the video recording, they were jumping and singing victory songs in their rooms, hugging, understanding that Super Falcons qualification hope for the round of 16 has been kindled.

Two slots out of the four reserved for best-losing teams have already been filled by Brazil and China with six and four points respectively.

With the 3-3 draw played by Argentina and Scotland on Wednesday, the Falcons now has a clearer chance of winning.

The Falcons will get one of the slots tomorrow should New Zealand hold Cameroon or if either side wins – as long as it's not with three goals margin.

Thailand too should not lose by more than three goals to Chile having earlier conceded 17 goals already.

I'm so happy for the Super Falcons. They worked too hard to get knocked by such terrible officiating. We are through to the next round!!! ? ? pic.twitter.com/r8zj3Y6rNr

The Super Falcons on Thursday qualified for the round of 16 of the Women’s World Cup for the first time in 20 years.

They will face former champions Germany in the knock out stage in Grenoble on Saturday.

The African champions qualified as one of the best losers to the round of 16 after finishing third in Group A behind France and Norway but had to endure a torrid time before confirming their place in the last 16 of the competition.

The Falcons had ended their Group A campaign with three points, courtesy of a 2-0 win over Korea Republic and losses to former champions Norway (3-0) and hosts France (1-0).

But they had to wait three days later after their final group game on Monday to know their fate.

And the Nigerians were almost left frustrated after Cameroon’s Indomitable Lionesses beat New Zealand 2-1, meaning they (Falcons) had to slip from third on the best third-placed teams table to fourth.

A 3-0 win for Chile over Thailand would have ended the Falcons dreams of qualification but having led 2-0, the South Americans lost a penalty late on in dramatic fashion to hand the Nigerians a spot in the knockout stage.

Cameroon also qualified as one of the third best-placed teams, thus making it the first time two Africans will reach the knockout stages of the competition.