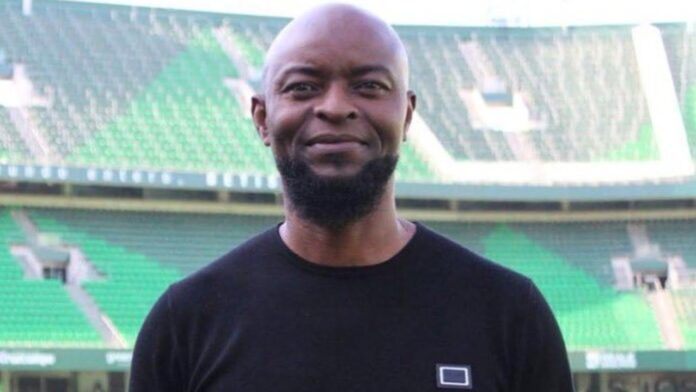 The praise for the appointment of George Finidi to the Super Eagles technical team as the assistant manager has continued to roll in from major figures in Nigerian football.

The Enyimba FC manager will resume at his new post once the Nigerian Football Federation and the ministry for youth and sports agree on who the new manager will be.

The 2023 African Cup of Nations qualifiers are scheduled to start in June, which means that the technical team will be thrown straight into the action. Selection of players, sponsorships and a team identity as well as playing style will be top of the list of things the new team will have only two months to figure out before the first game in June.

Former Kwara United coach, Samson Unuanel, believes that having Finidi in the technical team is a stroke of genius from the NFF and that it will provide windows of opportunity for the homegrown players, while former Super Eagles goalkeeper Peter Rufai, who played with Finidi, has advised his former teammate and the incoming coach to not overlook the homegrown players in their next selection.

“I am delighted that Finidi George has been appointed by the NFF as the assistant coach of the Super Eagles,” Unanuel said.

He also noted that Finidi's reputation in the NPFL will surely see some more attention paid to the league in selection of players for the Super Eagles.

“Going by his record with Enyimba in the NPFL, I really feel he merited the position and will further give the league players an opportunity to play in the Super Eagles,” Unanuel continued.

“I am optimistic things will definitely change in the team and Nigeria will be great again.”

Rufai echoed Unanuel's thoughts on the inclusion of local players from the NPFL, stressing that Finidi and whoever will be the head coach must pay attention to the local league.

“As much as we want the best players for the Super Eagles, that doesn’t mean that there are no quality players that can be part of the team,” the 1994 Africa Cup of Nations winner said.

“Remember that I was discovered in the NPFL back then, and many other players too. If we decide to overlook players in the league, we may kill their morale.

“I want to believe this is the right time we need to accommodate them into the Super Eagles.”

The Super Eagles have been drawn in Group A of the AFCON 2023 qualifiers and will face Mauritius/Sao Tome and Principe, Guinea Bissau – their AFCON 2021 group stage opponents – and Sierra Leone, who they will host in the first game of the qualifiers in June.