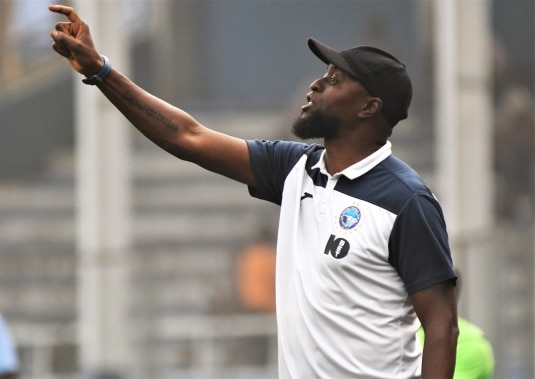 Super Eagles assistant coach Finidi George has said that the team will take a draw against La Tri of Ecuador as a positive result.

The Nigerian national team are about to face the South American side in a friendly at the Red Bull Arena, New Jersey, US in preparation for their upcoming 2023 African Cup of Nations qualifiers which begin on June 9.

The game against Ecuador is the second of two friendlies planned for this international break which runs until June 14. The first game against Mexico at the AT&T Stadium in Texas, US, ended in a 2-1 loss but the Super Eagles have a good account of themselves.

“We’ve had couple of sessions, while in Dallas and I think we liked it. We are building and the building process has started and we’ll see how far we can push the players. It’s been good so far. Let’s see how the second game will go,” the 1994 AFCON winner said.

He also commented on Peseiro's adaptation to the team and how involved he is in every detail. “It’s not easy, just a week with the players and he’s giving the players more information,” Finidi said.

“By the time we get to the qualifications, I think the players will know what’s expected of them in the Super Eagles of Nigeria.

“It’s still a building process and a draw won’t be a bad result. If we have the victory, we will take it. If we can have a draw and play a good game, we will all accept it and go back home and build on that.”

Following the Super Eagles' friendlies in America, they will turn their attention to qualifying for Cote d'Ivoire 2023. One of those who stand in their way is now, according to the latest developments, Sao Tome and Principe.

The island nation were in contention with Mauritius to be the last team in Group A alongside Nigeria, Sierra Leone and Guinea Bissau. Both nations played in a pre-qualification round for the bottom seeded teams in the CAF rankings which Sao Tome won.

Mauritius accused Sao Tome of fielding an ineligible player for the game and were given the slot instead. Following the appeal and more investigation by the CAF Appeals Committee, Sao Tome's win was reinstated and they will now face off against the other teams listed above in Group A for a shot at the AFCON title in 2023.

Nigeria will now clash with Sao Tome on June 13 after their qualification opener against Sierra Leone on June 9.