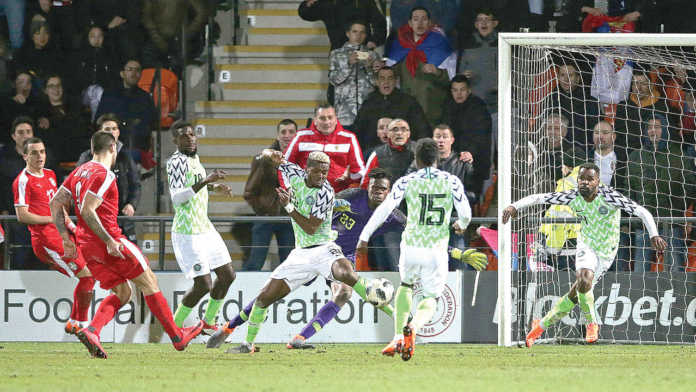 The FIFA World Cup has never been won by an African country since its inception on the 13 of July 1930, but many pundits from the continent believe this summer World Cup in Russia is the time to break the jinx, and the Super Eagles are the team tipped as the first African country to win the World cup.

A continent-wide survey by Kenya-based PR agency Geopoll, client of African Laughter, tips Nigeria to become the first African country to win the trophy at the Russia 2018 World Cup slated to kick off next month. The poll made available to The Guardian featured 2,400 unique football fans from six countries, including Tanzania, Kenya, Ghana, Nigeria, South Africa and Senegal.

In the polls, Nigeria has the highest to win the vote with 31% indicating that they would be rooting for the Super Eagles. Senegal follows closely with 20%, while Egypt earned 23% in the polls.

Geopoll noted that the fans were influenced by the exceptional performance of the Super Eagles during the African qualifiers, adding that 44% of Nigerian fans are confident the Eagles would make history in Russia as the first African country to win the World Cup.