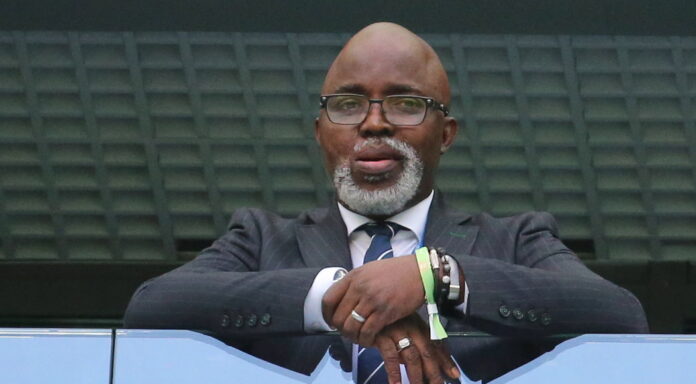 The president of the Nigerian Football Federation, Amaju Melvin Pinnick, has come out to defend his stance on selecting a foreign coach ahead of a local one for the Super Eagles of Nigeria.

Following the disappointing outing at the World Cup qualifiers which saw the Super Eagles lose the ticket to Ghana’s Black Stars, the coaching staff of the team were dismissed. There have since been ongoing discussions to find a new manager for the team.

Sources claimed that the discussions between the Federal Ministry of Youth and Sports and the NFF saw a divide between both bodies, with the ministry preferring a local coach and the Amaju Pinnick -led NFF preferring a foreign one.

On Monday, it was reported that the NFF has drafted a list of five foreign names to take over as manager of the Super Eagles after the meeting, which shows that the NFF’s position won at the talks.

Ernesto Valverde, former Barcelona coach, Laurent Blanc, former France coach, Jose Peseiro, who had previously agreed to the job just before the African Cup of Nations tournament in January but failed to come to a contractual agreement with the NFF, Philip Cocu and Antoine Conceicao are the names which have been reported to be on the NFF’s shortlist.

Pinnick, speaking on Arise TV on Tuesday morning, was asked why a local coach is not going to be considered and the FIFA committee member stated plainly that local coaches lack what foreign coches have.

“I don’t disrespect our indigenous coaches. Most especially those that played in the national teams have paid their dues,” he said.

“There are some things that I see that you ordinarily will not see. There are things that I know in my position that you may not know. The reason I advocate for a foreign coach is because they come in with a different mindset.

“They cannot be swayed by sentiments. All that they are after is success. This is why they come with their tactics and methods. It is not that I do not believe in our coaches but they need to develop that mindset. We have coaches that are quite competent but the question is: Are they good enough for us for now? I am a Nigerian and a firm believer in Nigeria but our circumstances are different.”

Pinnick had earlier disclosed that the new manager will be made known to Nigerians in the coming weeks. It remains to be seen if it is one of the five names being reported.

Meanwhile, FIFA have received a nomination from the Confederation of African Football (CAF) for Pinnick to take up another role within the organisation.

Pinnick, who is already a member of the FIFA Council – the highest decision-making body in football – as well as the Organising Committee for FIFA competitions, has now been nominated to be part of the newly established FIFA Working group on Normalisation Committees.

The 51-year old former Delta State Football Association chairman was nominated by CAF President Patrick Motsepe for the newly established committee, which will analyse the applicable legal framework and the governance structure, mandate, and mission of Normalisation Committees and make suggestions to the FIFA Council. 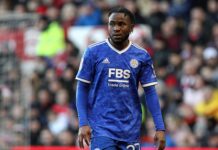